Bipartisan Group Of US Senators Warns CCP Over Quelling Of Protests 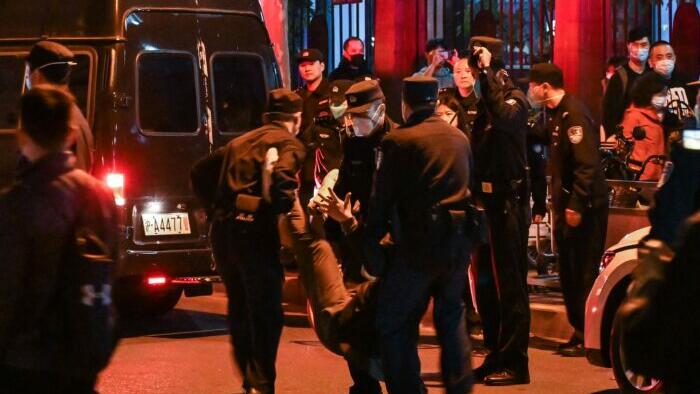 Authored by Michael Washburn via The Epoch Times (emphasis ours),

As protests continue to rage throughout China over the regime’s harsh COVID-19 policies, and the police respond with notable force, a bipartisan group of U.S. senators has sent a sharply worded letter to Beijing’s ambassador to Washington, Qin Gang, warning of “grave consequences for the U.S.-China relationship” if the communist regime carries out a crackdown reminiscent of the Tiananmen Square massacre of 1989.

One of the lead signers, Sen. Dan Sullivan (R-Alaska), said in a statement accompanying the letter’s publication on Dec. 1 that the world’s response to Beijing’s efforts to quell the protests has been “tepid at best.” Hence Sullivan and the other signers saw a need to speak out and warn Beijing about what would happen if it failed to respect the right of citizens to signal their opposition to the severe COVID policies that have deprived millions of Chinese of freedom of movement.

The letter emphasizes the nonviolent character of the protests going on in China, implying that any abusive and violent conduct on the part of the regime’s forces will be illegal and unethical.

“We are following the current peaceful protests in China over your government’s policies very carefully. We are also closely watching the Chinese Communist Party’s (CCP) reaction to them,” the letter states.

The letter goes on to remind Ambassador Gang about the notorious events of June 1989, which drew worldwide condemnation and became a synonym for excessive force on the part of an authoritarian regime.

“In 1989, the Chinese Communist Party and People’s Liberation Army undertook a violent crackdown on peacefully protesting Chinese students, killing hundreds, if not thousands,” the letter states, before issuing a stark warning.

“We caution the CCP in the strongest possible terms not to once again undertake a violent crackdown on peaceful Chinese protestors who simply want more freedom. If that happens, we believe there will be grave consequences for the U.S.-China relationship, causing extraordinary damage to it,” the letter concludes.