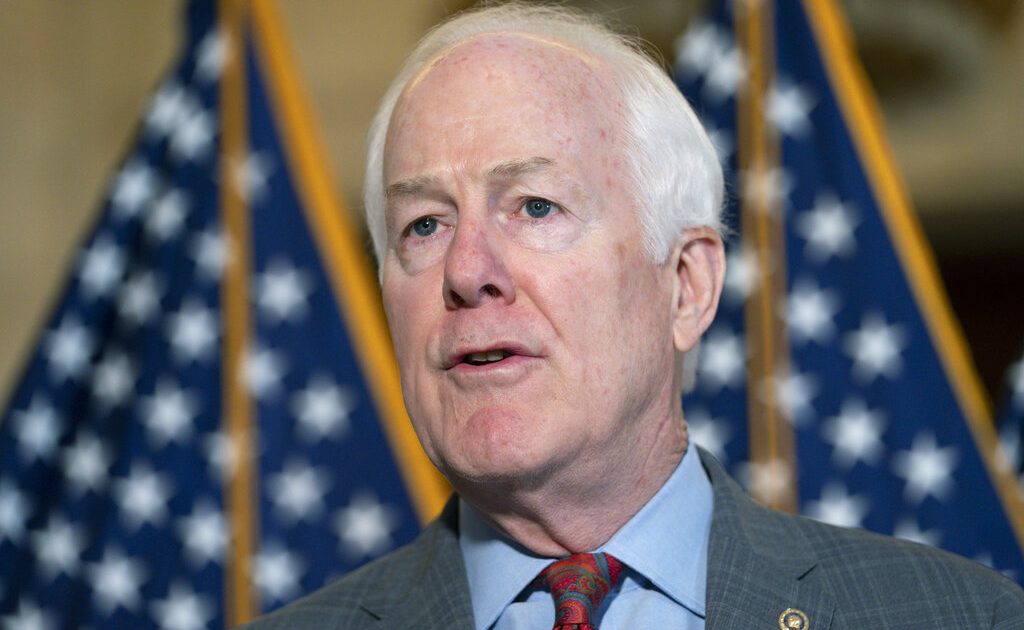 Sen. John Cornyn, R-Texas, speaks to the media about the southern border of the U.S., Wednesday, Feb., 2, 2022, on Capitol Hill in Washington. (AP Photo/Jacquelyn Martin)

Sen. John Cornyn (R-Texas) has raised concerns about the bipartisan gun control bill being proposed in the Senate. While speaking to reporters on Wednesday, the Texas lawmaker said they had to iron out a few issues before an agreement can be reached.

Cornyn then pointed out two key issues: whether the federal government should be offering states financial incentives to implement red flag laws and closing the so-called “boyfriend loophole.” In the meantime, other GOP senators told One America News the “devil is in the details” and they remain cautious when it comes to supporting any potential bipartisan agreement on a so-called bipartisan gun safety measure.

One America’s John Hines has more from Capitol Hill.