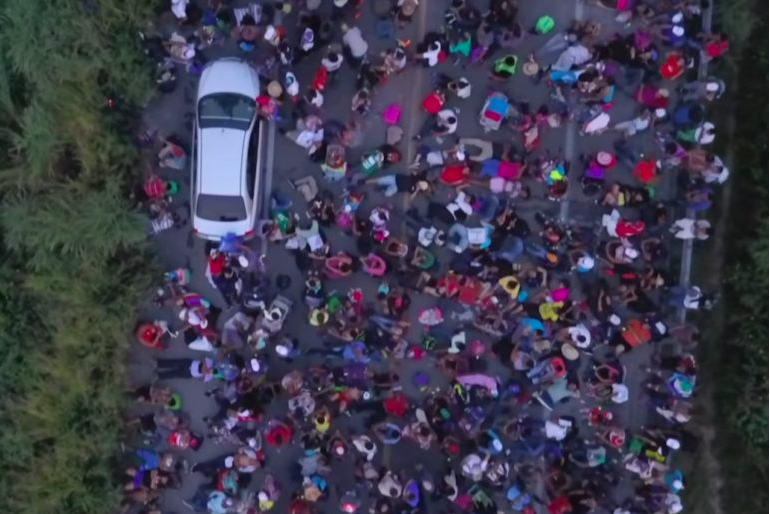 We all knew that, if Biden were to enter office, he’d try his best to erase all the good that Trump accomplished as president. Some of his accomplishments will be hard to completely undo, but Joe is really trying. In his first two weeks, Biden signed over 40 executive orders, more than any president, to roll back many of Trump’s policies.

Among those orders were attempts to shut down Trump’s progress at immigration reform. For four years, Trump was working to protect our border, provide improvements to our system, and ensure illegal crossers didn’t get to stick around. Biden quickly reversed most of those policies, with larger changes looming in the future.

Biden essentially reinstated “catch-and-release,” a policy that rewards border jumpers by letting them stay in the country. He stopped progress on the border wall. And he is pushing radical new immigration legislation, which will motivate many more to rush the border. And, although he’s not even close to done with his drastic plans, the results are already being felt.

“It just seems so irrational, so not organized, not collective, not collaborative,” the sheriff said… “It’s just a point of disaster that I just don’t see any good come out of this for anybody involved.”

Dannels said some of those most endangered by the new policies are migrants themselves, who when released by authorities often don’t have a penny to their name or anyone to turn to. [Source: Just the News]

One of the biggest problems with Biden’s immigration policy is how the government now handles those caught at the border. During Trump’s administration, those caught trying to cross—and claim asylum—are required to remain in Mexico until their case goes before a judge. But, thanks to Biden, they are allowed to stay in American, without a penny to their name, just dropped off at a gas station.

They have no way of getting a job, finding a place to stay, or even getting food. Sheriff Dannels revealed that these people are often targeted by drug cartels and human traffickers, who seek to exploit them. And that’s not even mentioning the harm this policy does to the communities these people are dropped off in.

Democrats claim to be a compassionate party that is trying to help poor, defenseless, immigrants. But when you look at what their policies actually do, it’s horrifying. Nobody is helped under Biden’s plan. Border jumpers are released into the country, either a threat to locals or in danger themselves. The only groups that benefit from Biden’s plan, in reality, are criminal cartels.

But should we really be surprised? Democrats are a party that promises plenty to disenfranchised groups, but never delivers. They’ve let down black Americans, working-class families. Hispanics, women, and everyone else they pander to. Rarely do they make good on their promises.

Why would it be any different with immigration?