Calexico Border Officers Seize Close to Half a Ton of Methamphetamine 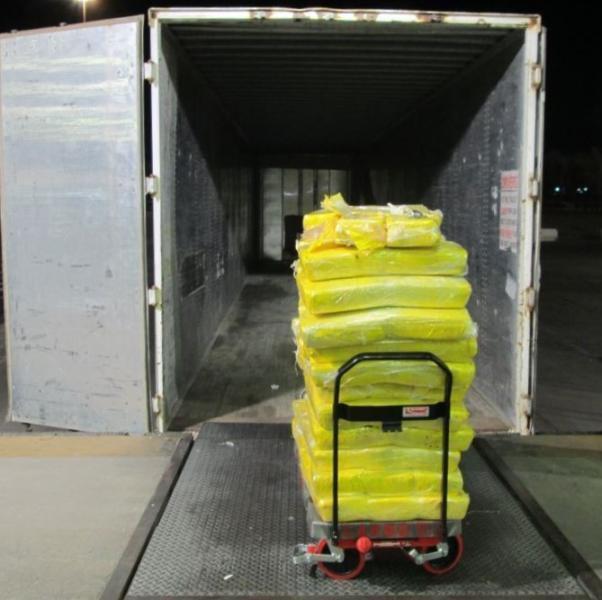 CALEXICO, Calif. — U.S. Customs and Border Protection (CBP) officers intercepted close to half a ton of methamphetamine concealed inside the walls of a trailer at the Calexico East Commercial Facility.

The incident occurred Tuesday, November 16, 2021, at approximately 7 p.m., when officers encountered the driver of a 2013 Kenworth tractor-trailer that entered the cargo facility.  A CBP officer conducting the inspection at the booth referred the tractor-trailer to the dock for further examination.

A total of 30 packages of methamphetamine, weighing 866.50 pounds, were removed by CBP officers.  The methamphetamine has an estimated street value of $1,559,700 million U.S. dollars.

The driver, a 27-year-old Mexican citizen and resident of Mexicali, Baja California, was arrested for the alleged narcotic smuggling attempt. CBP officers turned the driver over to the custody of U.S. Immigration and Customs Enforcement (ICE), Homeland Security Investigations (HSI) for further processing.

Content created by Conservative Daily News is available for re-publication without charge under the Creative Commons license. Visit our syndication page for details and requirements.