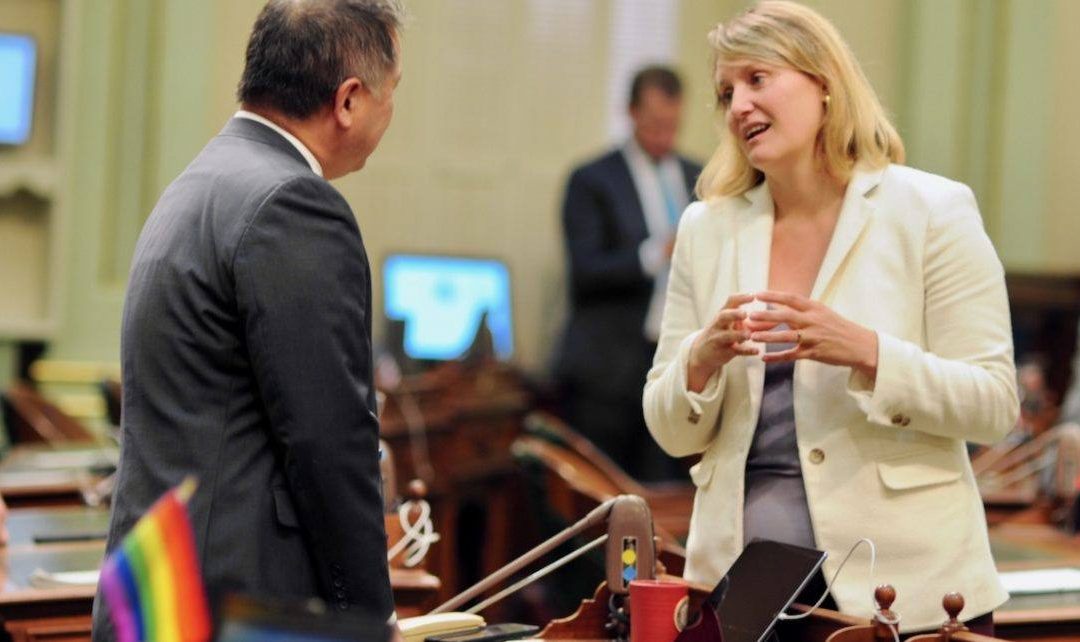 I have previously written that if the Supreme Court does strike down the infamous Roe vs. Wade abortion decision, that this will NOT decrease abortions in the United States, but actually increase them.

The issue of abortion will now be dealt with at the State level, and some states, like California, will increase abortion services and become “Abortion Tourism States.”

In states that restrict or ban abortions altogether, look for legislation to be adopted that forces employers or the state to pay for pregnant employees who want abortions that are illegal in their state to travel to one of these “Abortion Tourism” states. It will open up a whole new market to make money off of abortions in the U.S.

In California, the State Assembly just passed AB 2223 which will also probably pass the Senate and be signed into law by Governor Newsom, which approves abortions not only through the 3rd trimester, but also after birth in what are called “perinatal deaths.”

Assembly Bill 2223 by Assemblywoman Buffy Wicks (D-Oakland), is an abortion bill misleadingly labeled “Reproductive health,” which actually seeks/sought to legalize infanticide to expand the killing of infants past the moment of birth up to weeks after, the Globe reported.

Assemblywoman Wicks insisted in a hearing in the Assembly Judiciary Committee in April that AB 2223 does not support infanticide, and has only been labeled such because of the spread of misinformation by those who oppose the bill. Wicks said while other states are adopting increasingly aggressive measures to limit abortions, California continues to protect reproductive rights.Wicks says “women should not be prosecuted for a pregnancy loss.”

This bill plays right into Gov. Gavin Newsom’s and Democrats’ plan to promote abortion tourism, inviting tourists to visit California and get an abortion if their own state has abortion restrictions.

Gov. Newsom and the State Legislature are offering taxpayer funds to help out-of-state residents obtain abortions, as well as legalizing infanticide through recently amended legislation. So they need to make sure nothing gets in the way of abortions for all, at any time during the pregnancy.

“Infanticide” is defined as:

AB 2223, passed the Assembly Appropriations Committee in May after approval of an amendment that mostly removed the verbiage decriminalizing infanticide, the California Family Council reported. “Legislators made the change after thousands of pro-life advocates came to Sacramento on April 19 to oppose the bill.”

Is AB 2223 still a threat to unborn and newly born infants?

The amendment changes the bill to read, “perinatal death due to causes that occurred in utero.”

“Pregnancy loss” is how Wicks and proponents describe a fetal or infant death, even if the mother caused the death through “self-managing an abortion,” and even after the baby is born alive.

Assembly Bill 2223 passed the Assembly and is now headed to the Senate.

AB 2223 seeks to change Penal Code section 187, which defines murder as “the unlawful killing of a human being, or a fetus, with malice aforethought.” Reference to “a fetus” was added in 1970 when the California Legislature amended section 187. Attorney General Rob Bonta issued an alert in January stating he “reiterates that the Legislature did not intend to include a pregnant person’s own actions that might result in a miscarriage or stillbirth.”

Despite his interpretation and proclamation, the Attorney General can’t change the Penal Code without passage of Assemblywoman Wicks’ AB 2223.

Even more concerning, according to AB 2223, law enforcement will be barred from investigating an infant death. Bill analysis says, “The bill also limits the duties of coroners to be consistent with laws that protect pregnant persons from civil liability and criminal prosecution for the death of their unborn fetus.”

“So if a coroner investigates the alleged ‘stillborn’ baby’s body and discovers the baby was not still-born, but born breathing and died of asphyxiation, that evidence couldn’t be used to prosecute anyone for infanticide,” the California Family Council explains.

How exactly will law enforcement determine if the death was due to causes in utero or after, without an investigation? Answer: They can’t. “The bill still decriminalizes back-alley abortions by removing punishment for anyone violating any abortion health and safety standards for any reason when performing an abortion on a woman through all nine months of pregnancy, right up to the moment of birth,” the California Family Council said.

Another complication is the language used in the bill.

Americans United for Life writes that, “‘Perinatal’ is not defined in this bill, causing critics to decry AB 2223 as infanticide. Elsewhere in California law, “perinatal care” is defined as “provision of care during pregnancy, labor, delivery, and postpartum and neonatal periods.” . . . Absent a definition in the bill, it certainly appears that the intent of this legislation is to legalize child abandonment (or worse) in the first weeks after birth. If this is not the bill sponsors’ intent, they should amend the bill to clarify that the official policy of California is not state-sanctioned infanticide.”

According to the bill’s author, Assemblywoman Buffy Wicks, the bill is about “reproductive justice, pregnancy criminalization, reproductive freedom, and pregnancy loss:”

“A critical part of realizing reproductive justice for people in California is clarifying that nobody will be investigated, prosecuted, or incarcerated for their actual, potential, or alleged pregnancy outcomes.

Pregnancy criminalization is a widespread, national problem, and California is not exempt from this issue. Despite clear law that ending or losing pregnancy is not a crime, prosecutors in this state have charged people for homicide offenses for pregnancy loss.

AB 2223 protects reproductive freedom and decisionmaking by ensuring that no one in the State of California will be prosecuted for ending a pregnancy or experiencing a pregnancy loss. As other states that are hostile to abortion rights are attempting to impose criminal or civil penalties on people who assist others in obtaining an abortion, California must reinforce existing state protections against the criminalization and prosecution of abortion and pregnancy outcomes.”

California Family Council sums up the bill and amendment best:

“Even with the new amendment narrowing the meaning of ‘perinatal death,’ AB 2223 will still prohibit prosecution of a mother or someone assisting her for causing the death of her born or unborn child if the child died because of injuries sustained while in the womb. That would include injuries caused by a botched abortion, illegal drugs such as meth or heroin, or even a beating by a boyfriend, if the woman refuses to press charges.”

Here is how members of the Assembly voted on AB 2223: