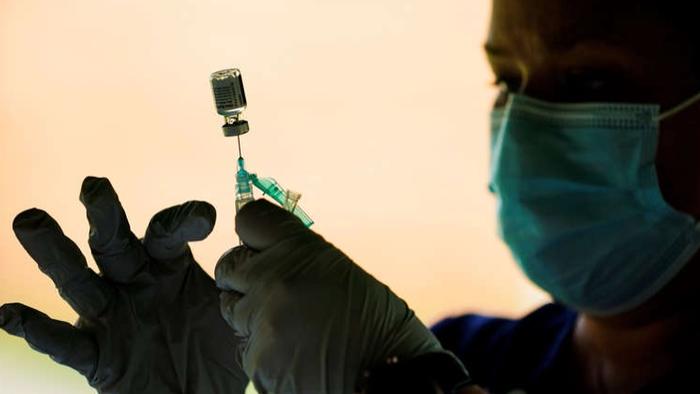 Last night, the FDA – as expected – authorized the emergency use of booster doses of the Pfizer-BioNTech mRNA jab for patients over the age of 65, the immuno-compromised, and the occupationally vulnerable.

Now, it’s the CDC’s turn. The panel is preparing to wrap up a two-day meeting on Wednesday, where it is deliberating a more specific set of guidelines regarding the booster jab and who will initially be eligible, and when.

Before we get into specifics, it’s worth noting that after the first day of discussion, some of the advisors were so befuddled by the rationale for boosters that they suggested putting off the CDC’s decision for a month to wait for more evidence. Such a decision would probably have driven the Biden Administration crazy.

According to the AP, “the uncertainties were yet another reminder that the science surrounding boosters is more complicated than the Biden administration suggested when the president and his top aides rolled out their plan at the White House last month.”

On Wednesday, “the CDC panelists heard a series of presentations Wednesday outlining the knotty state of science on boosters. On one hand, the COVID-19 vaccines continue to offer strong protection against severe illness, hospitalization and death. On the other hand, there are signs of more low-grade infections among the vaccinated as immunity wanes.”

Ultimately, the function of the CDC panel is to “refine exactly who will be eligible” as Politico put it. For the booster jab, the focus will be on defining who’s at “high risk”. The discussions are expected to conclude Thursday afternoon.

Politico has five key takeaways from day one, and what to expect on day two (text courtesy of Politico):

Data from the large clinical trials used to authorize Covid-19 vaccines in the United States suggested they offered strong protection against even mild infection, raising hopes that the shots would confer so-called sterilizing immunity — preventing vaccinated people from spreading the virus.

But over time, scientists have realized that the vaccines’ ability to ward off mild infection is waning, although protection against severe disease and death remains strong overall.

CDC panel member Sarah Long, a pediatrics professor at Drexel University’s College of Medicine, urged her colleagues to differentiate between ensuring the vaccines prevent hospitalizations versus all infection.

“I don’t think there’s any hope that a vaccine, such as the ones we have, will prevent infection after the first maybe couple of weeks that you have those extraordinary immediate responses,” she said.

The elderly show the clearest need for boosters at this point:

Antibodies from vaccination decrease over time among all age groups. But vaccine recipients 80 and older develop lower levels of neutralizing antibodies post-vaccination than younger adults do, said Natalie Thornburg, a respiratory virus immunology specialist at the CDC.

That means that older people’s antibodies may drop to undetectable levels faster, at which point their memory immune cells play a larger role in protecting them against Covid-19. But older people also may produce fewer memory cells than younger people whose immune systems are stronger — suggesting that older people would benefit from a third vaccine dose.

Ruth Link-Gelles of the U.S. Public Health Service said current data shows significant drops in the efficacy of both the Pfizer and Moderna shots in people 65 and older in the time the Delta variant has dominated the domestic infection landscape.

But Thornburg cautioned against viewing vaccines’ protection as an on-off switch. “Immunity is not simply a binary” in which individuals are either protected or not against the coronavirus, she said. Most people are able to maintain some level of cellular immunity, which is likely enough to protect vaccine recipients from severe disease even after antibody levels drop off.

Nursing-home residents face special risks, even with a boost

Boosters may not be enough to fully protect residents of nursing homes, according to modeling data presented by Rachel Slayton of the U.S. Public Health Service. While boosters may help reduce the number of cases in long-term care facilities, she said, that depends on their inherent efficacy and on the vaccination coverage among facility staff.

Experts are worried about confusing the public

Members of the CDC’s vaccine advisory committee expressed concerns Wednesday about green-lighting boosters from one brand over others with authorized Covid vaccines available to Americans, noting the potential for public perception and logistical issues. The panel is tasked with recommending to the CDC how the FDA’s vaccine policy should be implemented in real-world settings.

Long suggested that the group wait for more information on so-called mix-and-match doses — the ability to vaccinate someone with one brand’s primary series with the option for a different manufacturer’s booster later — before signing off on just the Pfizer booster, asking “whether we’re willing to panic half the recipients of Moderna.”

“I don’t want to jeopardize anyone,” she said of delaying a booster decision. “At the same time, it’ll be very, very difficult to have a little less than half of the population who would be eligible to receive” a booster if people can only get the brand that matches their initial series.

Moderna has asked FDA to authorize its booster shot, and Johnson & Johnson has begun submitting booster data to the agency with an eye to filing an application.

Amanda Cohn of the CDC urged committee members to consider the recommendations they’re making now as “interim policies” that will change as more data surfaces. The National Institutes of Health is conducting a study on mixing vaccine doses, with results expected later this year.

“This is a rapidly moving target,” she said.

The booster rollout could be messy

Still, there are a number of challenges to approving only one brand’s vaccine for boosting.

Immunocompromised Americans have already been permitted to seek out third doses of the Pfizer or Moderna vaccines because of concerns they may not have mounted a sufficient immune response to the first two shots. While they’ve been told they can receive the other brand’s shot if they can’t access the one they initially got, FDA isn’t expected to allow mixing brands for people outside that category, which could sow further confusion.

More than 98 percent of Americans participating in a CDC safety monitoring program who have gotten additional doses stuck with the same brand they originally received. But it’s unclear how many of those studied actually fell under the CDC’s definition of immunocompromised since patients only have to attest to their eligibility — no doctor’s note required — meaning there are few obstacles keeping people interested in boosters from acquiring them, anyway.

“I don’t know that it’s realistic to keep going back with different brands,” she said.

Ironically, the deliberations on the booster jabs are happening during the slowest week for first-dose vaccinations since July (despite NY’s mandate looming on Monday). Remember, all of the deliberation so far have  focused on the Pfizer jab. Regulators will decide on boosters for people who have received the Moderna or J&J jabs in the coming weeks. One thing we already know: Pfizer boosters won’t be recommended for patients who received a different brand the first time around (though exceptions to this have already and will likely continue to be made).