China Just Turbo-Charged Its Tech Sector. Is The Biden Admin To Blame? 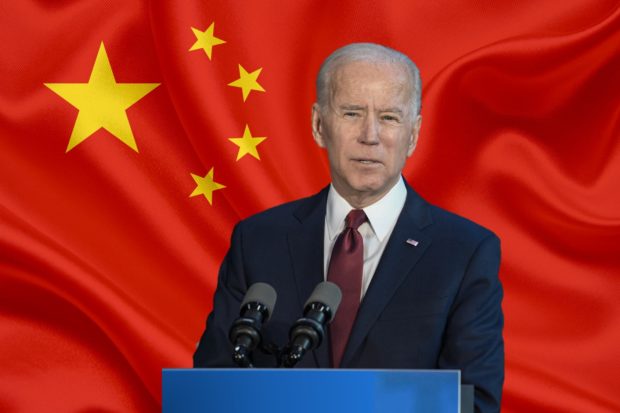 Semiconductor Manufacturing International Corp. (SMIC) shipped a Bitcoin-mining semiconductor to technology analysis firm TechInsights, who found that the chip’s sophistication had caught up to those produced by firms like Intel in a Tuesday report. The U.S. has banned sales of equipment that can be used to manufacture these more advanced semiconductors, 10 nanometers and below, since 2020, according to Commerce’s Bureau of Industry and Security (BIS).

The U.S. blacklisted SMIC in 2020 due to “evidence of activities between SMIC and entities of concern in the Chinese military industrial complex,” according to the text of the rule. However, Republican lawmakers have alleged the Commerce Department’s “ineffective” export control licensing policies allowed firms associated with the Chinese military, including SMIC, access U.S. technology.

“A serious U.S. export control policy should be predicated on denying foreign adversaries’ efforts to supplant American economic, technological, and military leadership,” Republican Sen. Marco Rubio of Florida and Republican Rep. Michael McCaul of Texas wrote in a letter to the Biden administration in March.

BIS denied less than 1% of license applications to SMIC during a six-month period that spanned the Trump and Biden administrations, approving applications that together with Chinese telecommunications firm Huawei totaled $100 billion, McCaul said at a House Foreign Affairs Committee hearing Wednesday.

“Despite an ongoing genocide and systematic program to divert private sector innovations to its military, dual use technology exports to China received little to no scrutiny,” said McCaul.

China’s MinerVa Semiconductor Corp., a customer of SMIC, advertises a 7nm chip, although Bloomberg could not establish SMIC as the manufacturer.

Lawmakers have raised concerns that lax export controls at the BIS have allowed Chinese entities to access advanced U.S. technology.

Instead of spending so much time freelancing on @USTreasury’s turf, @SecRaimondo and @BISgov leadership should focus more on stopping tech transfers to China. https://t.co/PbVQ3X5qk8

“The Biden Administration will continue working to grow and strengthen our cooperation with allies and partners to ensure effective controls on semiconductor production,” a Commerce Department spokesperson told Bloomberg.

SMIC, the Department of Commerce, the International Trade Administration and BIS did not immediately respond to the Daily Caller News Foundation’s request for comment.