China warns Biden not to ‘interfere’ with Hong Kong 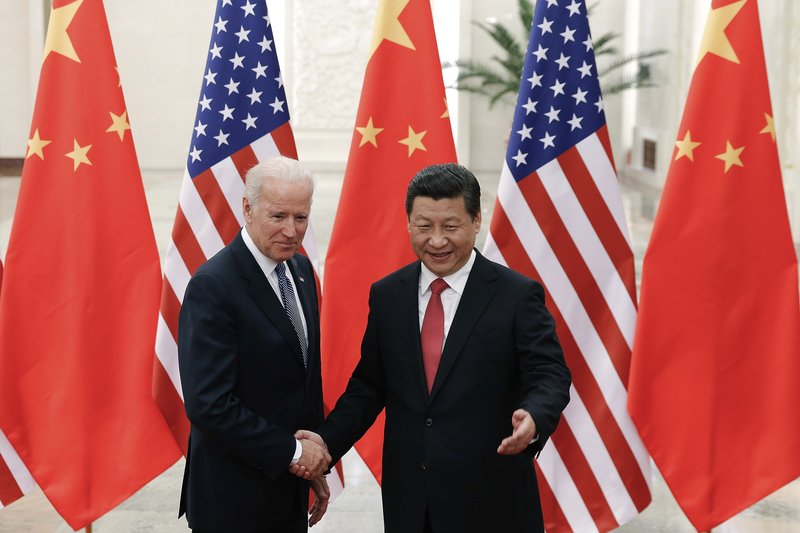 Chinese President Xi Jinping, right, shakes hands with then U.S. Vice President Joe Biden as they pose for photos at the Great Hall of the People in Beijing. (AP Photo/Lintao Zhang, Pool, File)

Communist China has added pressure on Joe Biden by warning against U.S. support for the freedom and democracy of Hong Kong. On Tuesday, Beijing released a statement on Tuesday, which urged the U.S. not to interfere with what it referred to as China’s internal affairs.

The warning came in response to a report by the Financial Times, which said the U.S. government may inform companies of operational risks they may face in Hong Kong and Xinjiang. However, China said Hong Kong’s laws would protect the interests of foreign companies operating there.

China also added Biden’s officials had no place in the Hong Kong Debate.

“We have stated our position on the Hong Kong issue many times and we oppose the U.S. interference in China’s internal affairs through the Hong Kong issue,” Spokesman for the Foreign Ministry of China Zhao Lijian expressed. “The Hong Kong Basic Law and related laws clearly protect the rights and interests of foreign investors.”

Meanwhile, Republican officials are calling for sanctions on corporations that use Xinjiang slave labor and enable political repressions in Hong Kong.