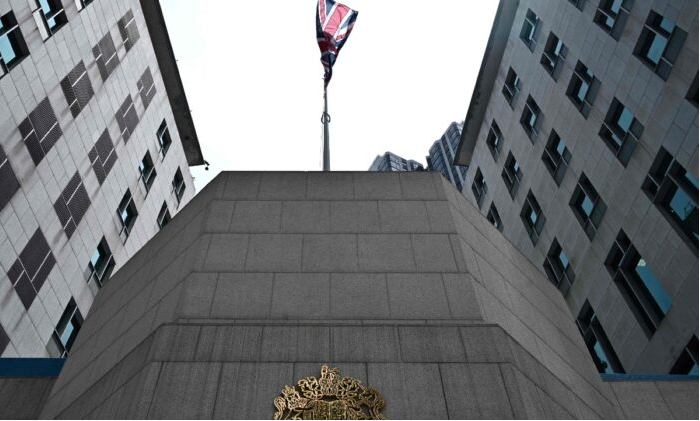 A recently leaked database has revealed that 1.95 million registered members of the Chinese Communist Party (CCP) held positions at British consulates around the world, universities, and major corporations. Some members were also employees of American aerospace giant Boeing and pharmaceutical giant Pfizer.

The Inter-Parliamentary Alliance on China (IPAC), a global coalition of lawmakers, obtained the database from an unnamed Chinese dissident, then shared the material with four media organizations, according to a Dec. 12 report by British newspaper The Mail on Sunday, which obtained the list and reviewed it.

IPAC, in a statement on Nov. 13, said one of its representatives received the database from a “non-government source” and the coalition had experts verify the list.

“IPAC will push for governments and companies to respond, setting out how they intend to safeguard their values in the face of infiltration,” IPAC stated.

According to the outlet, the database contained names, dates of birth, and ethnicity, while some also had addresses and telephone numbers. The database was first leaked on the encrypted messaging app Telegram, after it was allegedly extracted in 2016 by people believed to be Chinese dissidents, from a Shanghai server.

Most of the CCP members in the database were from Shanghai.

The database also showed that over 600 CCP members were employed across 19 branches of British banks HSBC and Standard Chartered.

Chinese academics with Party membership also worked at British universities, where they were involved in sensitive research including aerospace engineering and chemistry, The Mail found.

The Mail concluded that “there is no evidence that anyone on the party membership list has spied for China.” However, the outlet stated that a group of about 30 MPs said they would table an urgent question about the database in the House of Commons, the lower chamber of the UK’s bicameral parliament.

“The [British] Government must now move to expel and remove any members of the Communist Party from our Consuls throughout China. They can either serve the UK or the Chinese Communist Party. They cannot do both,” British MP Iain Duncan Smith told The Mail.

An unnamed former agent of the Central Intelligence Agency (CIA) and White House intelligence analyst told the outlet that the CCP should not be trusted.

“They’re [CCP] always looking for opportunities where they can take advantage of relationships, friendships, whatever, to further the interests of the Communist Party,” the former CIA agent said.

CCP members are required to pledge their loyalty to the Party. To become a member, people must first take an oath with their fist raised, while reciting words that they must “carry out the Party’s decision, strictly observe Party discipline … be loyal to the Party … and never betray the Party.”

According to China’s state-run media Xinhua, there were more than 91 million CCP members as of the end of 2019, based on a report by the Chinese regime’s organization department. The majority of members were workers and peasants, accounting for 34.8 percent. China currently has a population of about 1.4 billion.

The CCP is not the only Party organization in China. Hundreds of millions of people have joined the Party’s youth organizations in primary and secondary school, the Young Pioneers and the Communist Youth League.

U.S. Secretary of State Mike Pompeo has repeatedly warned about the threats posed by the CCP in recent months. Earlier this month, while speaking at the Georgia Institute of Technology, Pompeo stated that “the Chinese Communist Party is poisoning the well of our higher education institutions for its own ends, and…those actions degrade our freedoms and American national security.”

The U.S. State Department announced new visa restrictions on CCP members and their families on Dec. 3, reducing their B-1 business and B-2 tourist visas to one month from the previous maximum of 10 years.