Clarkson Fights Back: Goes On Offensive Against Woke Take-Over 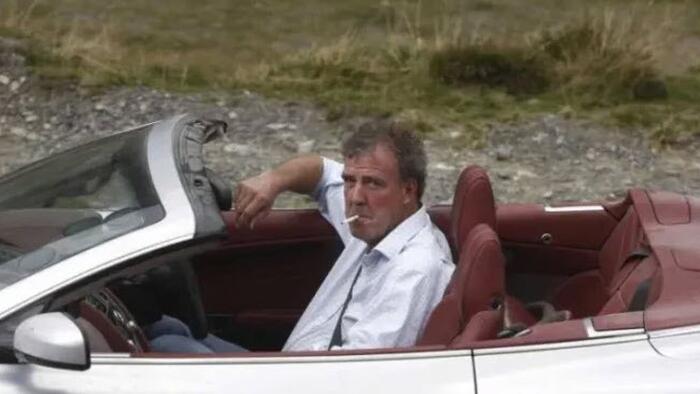 Authored by Toby Young via DailySceptic.org,

If you haven’t signed the Free Speech Union’s petition urging the CEO of ITV not to fire Jeremy Clarkson, please do so now.

Meanwhile, Clarkson has written a blistering attack on the woke takeover of Britain in yesterday’s Sunday Times.

Here’s how it begins:

My son came over for a father-and-son pre-football supper the other day, and as he fussed over the Aga, making a particularly fine stir fry, we laughed about what innocuous word had been banned that day and who’d been cancelled. And then, after a pause, he said with a solemn face, “You do know there’s a war going on, don’t you?”

He wasn’t talking about Ukraine. He was talking about a full-on left-wing campaign to unstitch and burn the fabric of Britain. And the genius is that no one really knows that what they’re doing is serious. We laugh as they change the name of the Sir Francis Drake Primary School to something less slavey. We think it’s all a big joke. But it isn’t.

Think about what typically happens in a military operation and then look what the woke left has done here. It’s seized control of our television and radio stations to such an extent that last week Sophie Raworth said, on the BBC News at Six, with a straight face, “And over now to our LGBT and diversity correspondent …”

And TV drama? Unaffected? Right, and when was the last time you saw a fictional police force hunting a gang of Muslim extremists? It’s always the far right. And it’s the same story in comedy. Say anything you like about Boris or Rishi and the laughter track is turned up to 11. Make a joke about she/him pronouns or Greta Thunberg and they’ll blow a piece of tumbleweed across the stage.

In sport we sometimes have three women doing the punditry at a men’s football match, and if anyone remarks on this on Twitter, they are immediately singled out for the india-rubber treatment. And who’s doing the erasing? Who’s making the rules? That’s just it. We don’t have a clue. What we do know is that, having taken control of the television stations, without a shot being fired, they turned their attention, like any conquering army, to the schools. Here they went fully Pol Pot, doing a comprehensive year-zero job on the curriculum so that kids would know their parents were all racists. Apart from those with “unconscious bias”. Who were racists as well.

You probably think, because you don’t know this war is going on, that when you drop little Johnny off at the school gates he’s going to learn the nine times table that day. No, he isn’t. He’s learning that he might actually be a girl, which is why there are probably tampon dispensers in the boys’ lavatories.

With all this in place, they set about the police, and here they’ve done a tremendous job. Because, so far as I can tell, almost all the officers in the Met — apart from the terrifying number of sexual perverts — are now more wide awake than a frightened fox.

When some young people with green hair glue themselves to the road, large numbers of officers are dispatched to stand around looking at them. And they are only ever removed from the tarmac if they promise to go immediately to the nearest art gallery and throw some soup at a painting.

Has Clarkson been red-pilled by his recent punishment beating at the hands of the progressive thought police?

Worth reading in full.