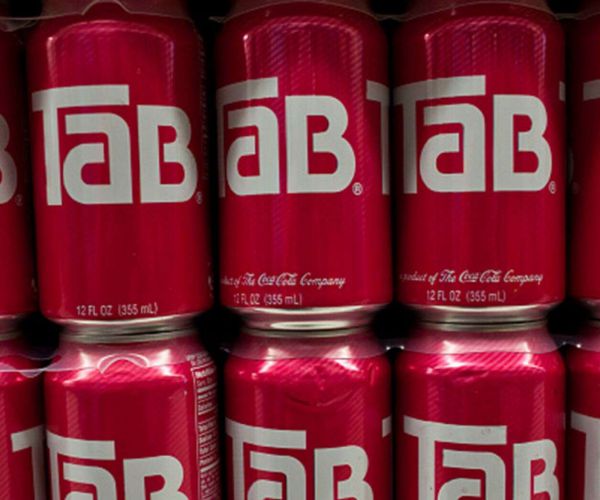 The company announced Friday it would discontinue the once-popular diet soda from the ’70s and ’80s that lagged after the introduction of Diet Coke — despite fervent TaB loyalists, known as Tabaholics.

“We’re forever grateful to TaB for paving the way for the diets and lights category, and to the legion of TaB lovers who have embraced the brand for nearly six decades,” group director Kerri Kopp said in the release.

“If not for TaB, we wouldn’t have Diet Coke or Coke Zero Sugar. TaB did its job. In order to continue to innovate and give consumers the choices they want today, we have to make decisions like this one as part of our portfolio rationalization work.”

TaB’s was an epic fall.

Launched in 1963, TaB was Coca-Cola’s first diet soda. Company executives worried it could hurt sales of traditional Coke, but they were trying to catch up to Royal Crown’s Diet Rite Cola, which was a hit wwith calorie-conscious women, according to Mark Pendergrast’s history, “For God, Country and Coca-Cola,” the Journal noted.

TaB was sweetened with saccharin, which gave the drink an astringent, metallic taste that some loved and others hated, the Journal noted.

In television spots as men gaped at bikini-clad women, TaB’s jingle proclaimed it the drink “for beautiful people.”

By 1980, TaB had a commanding lead over all other diet sodas.

The fall from grace came with Coca-Cola’s decision to throw the power of its namesake cola at the diet-soda market. Diet Coke, launched in 1982, was an instant phenomenon, the Journal reported.

TaB fans were devastated at the news.

Kate Trammell, 57, of Memphis, Tenn., ordered 12-packs on Amazon and scoured grocery stores in three states, picking up cases in Jackson, Miss., and Birmingham, Ala., for herself and a group of Tab-loving friends, the Journal reported.

“It really is just the saddest day,” the two-TaBs-a-day drinker wrote in a text to friends after learning the news, the Journal reported.