Cold weather forecast for much of US, freeze advisories in effect 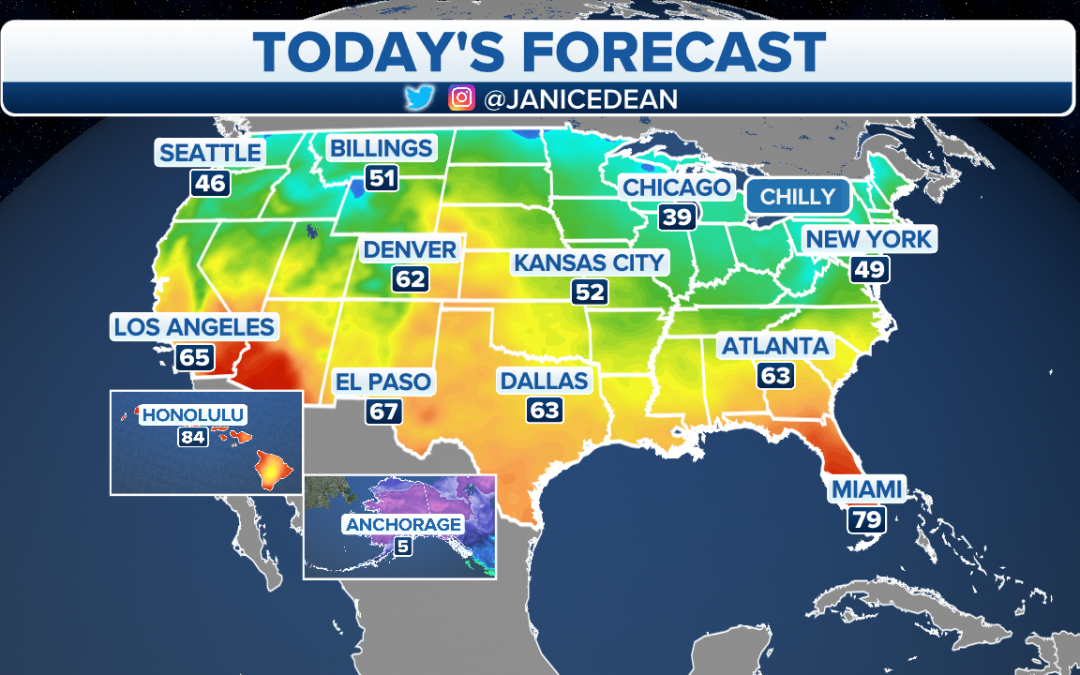 Cold air has settled in as far south as Oklahoma and Texas, with widespread freeze advisories in effect.

A front that swept across the East has brought much colder air behind it, with freezing temperatures from the Midwest to the Northeast.

A quick warm-up moves in this weekend before the next cold front moves in.

Freezing temperatures will be possible as far south as northern Florida early next week.

Meanwhile, the Northwest is still active, with another storm system impacting the region – bringing rain along the coast and over a foot of snow for the northern Rockies.

We’re also watching a storm system that will bring some rain and snow before Thanksgiving.

Rain will spread from the Midwest to the Northeast on Sunday and into Monday.

Colder air will arrive behind the storm, bringing some snow for the interior Northeast.

This should not be a major storm, but there could be some travel delays depending on where you’re traveling.