“Conditions Are In Place”: Chile On Alert As Villarrica Volcano Spits Lava Balls 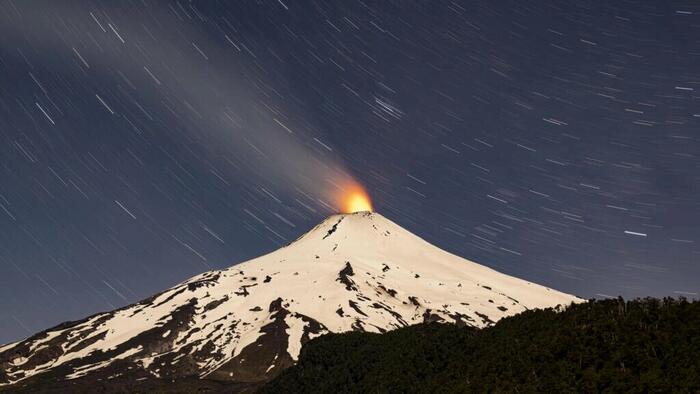 Chile’s Villarrica volcano’s last major eruption was in 1984. The 9,300-foot-high snow-capped volcano has become active again, belching lava fireballs into the night sky and shaking the ground with earthquake swarms. Local officials are concerned the next big eruption could be nearing.

“While we cannot predict when the volcano will erupt, the conditions are in place,” Alvaro Amigo, the head of the National Volcanic Surveillance Network, told AFP.

Chile’s snow-capped Villarrica volcano has been shaken by earthquakes and is belching fire, placing authorities on alert for a possible eruption in a picturesque area beloved by tourists:https://t.co/Y98oubiENT pic.twitter.com/D1Pr6Q0Nsw

Amigo warned a large population and infrastructure are around Villarrica, and any eruption would be hazardous because of the volcanic rock and mud flows.

“The thing about Villarrica is the risk, because many people are living in areas that are highly exposed” to potential damage from the volcano, geophysicist Cristian Farias said.

About 28,000 people live less than ten miles from the peak in a city called Pucon. Officials have placed a yellow alert for the volcano, which means imminent eruption.