It’s been more than two months since the body of Connecticut mother Christine Holloway was found beaten to death in her home. This week, police broke new ground on the case.

“Today at approximately 11:30a.m., Jose Morales was charged with tampering with evidence and the murder of Christine Holloway,” stated Lieutenant Patrick Lynch.

43-year-old Jose Morales was a prime suspect in Holloway’s murder. He’s the father of their young daughter Vanessa, who’s been missing since Holloway was found dead.

Ansonia police said Morales’ DNA was discovered under Holloway’s fingernails. Video surveillance also showed him donating clothes and toys, which had Holloway’s blood on them.

Morales claimed he had nothing to do with her death and doesn’t remember much from the weekend Holloway was killed because he was high on PCP. However, police have said he keeps changing his story. 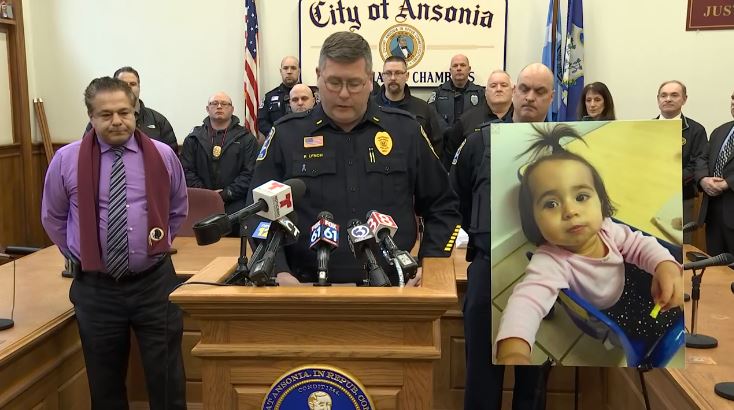 With Morales in custody, authorities are focusing on the search for baby Vanessa, who they believe is still alive in Connecticut.

Ansonia police are urging anyone with information on Vanessa’s whereabouts to contact them immediately.

This is the most recent photo of missing one-year-old Vanessa Morales. Any person with information on the whereabouts of Vanessa Morales is asked to contact Ansonia Police Department at 203-735-1885 or the FBI at 1-800-225-5324. The Amber Alert for Vanessa is still active. pic.twitter.com/ljfXOQK4VT

Morales remains behind bars and is being held on $5 million bond. He’s due back in court later this month.