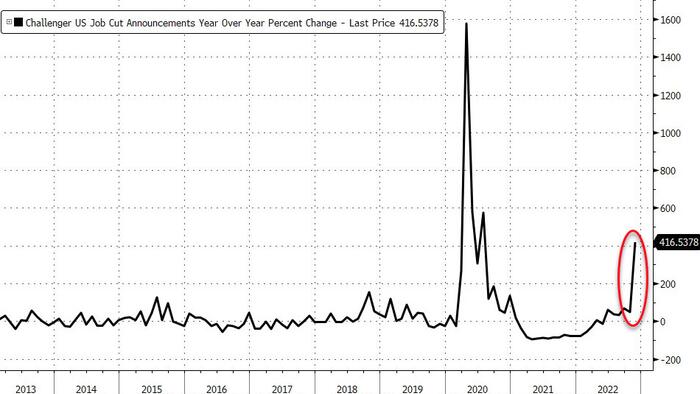 This is the biggest jump since the COVID lockdown crisis:

“The Tech sector has announced the most job cuts this year by far. While other industries are cutting jobs at a slower pace, hiring appears to have slowed as well,” said Andrew Challenger, Senior Vice President of Challenger, Gray & Christmas, Inc.

More symptomatic of a weakening consumer, holiday hiring plans are down notably this year…

The decline in initial jobless claims was mainly due to distortions from seasonal factors, which had signaled a decrease of 37k from the previous week. Instead, seasonally unadjusted claims declined by 51k, pushing seasonally adjusted figures down by 16k.

It appears Powell’s tightening policy is starting to have an effect on the labor market.