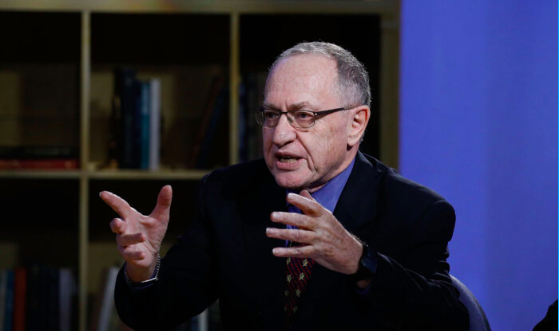 Courts will likely agree that the federal government has the authority to enforce COVID-19 vaccine mandates but will argue that the rules and penalties cannot be enforced, said Harvard Law School professor emeritus Alan Dershowitz.

President Joe Biden last week said that he will direct the Occupational Safety and Health Administration (OSHA) to mandate that employees at companies with 100 or more workers will have to either submit to weekly testing or get the COVID-19 vaccine. White House officials have said that fines will be handed down to those who don’t comply with the rule, which will impact about 80 million private-sector employees.

It’s likely that courts will say that the government can enforce vaccine mandates but will argue that it is only Congress that can order punishments and fines, he said.

“I think the courts will say the federal government does have the power because this is a national issue across the state lines. It’s not limited to states. It’s contagious,” Dershowitz said. “I think they will say that in the event that science supports it, there can be mandated vaccinations with exceptions.”

But such mandates are “generally relegated to the legislature in our system of government, so I think the courts will focus on that issue first and say that the president may not have the authority to do this without congressional authorization,” Dershowitz said.

When the mandates are handed down to companies under Biden’s order, Dershowitz said that it will be a “big payday for lawyers” who will likely file numerous lawsuits on behalf of businesses and other entities.

“There will be individuals who will be fired, and they’ll sue immediately,” he also remarked. “There will be companies—and I know there are some already who said we refuse to obey this mandate—and we’ve had companies and states indicate they’re going to file suit.”