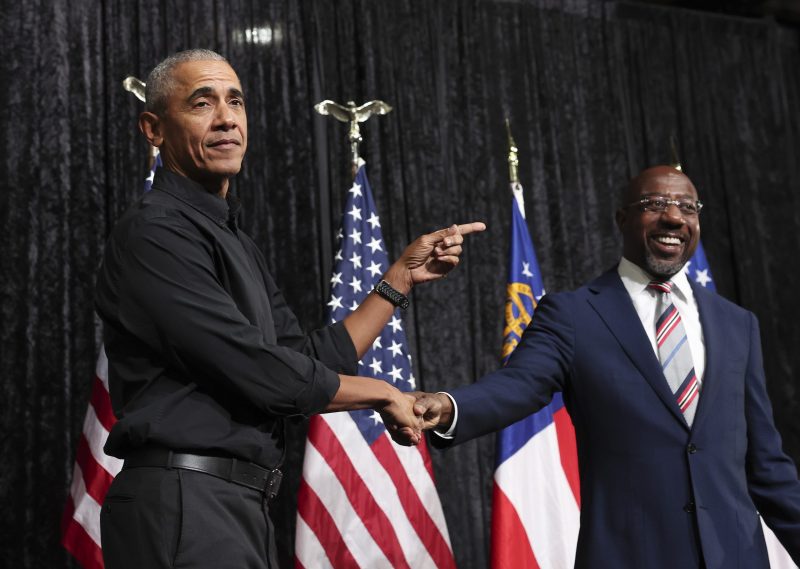 Barack Obama has appeared to make a gaffe about President Joe Biden in an apparent dig at his mental state.

While Obama was campaigning in Atlanta for Georgia Senate candidate Raphael Warnock (D-Ga.) on Thursday, Biden’s absence from the event was put in the spotlight. The former president took a dig at GOP Senate candidate Herschel Walker by comparing him to an all familiar “uncle Joe” who says crazy stuff and is given no serious responsibilities.

“We all know some folks in our lives, who we don’t wish them ill will. They say crazy stuff and we’re all like, ‘Well, Uncle Joe, you know what happened to him.’” He further added, “They’re part of the family, but you don’t give them serious responsibilities.”

Obama’s comment was meant to criticize Walker, but critics pointed out that it was a freudian slip.

Shortly after, Obama made remarks making fun of Walker’s latest tale about vampires and the reasons why he would prefer to be a werewolf.

“Walker can be anything he wants to be,” the 44th president stated. “Just not a Senator of the United States.”

The former President alluded to Biden’s unpopularity in the state and indicated that is why Democrats were forced to utilize Obama’s help instead.