Curve Sanity (Not What Most People Want To Hear Or See)

Rate cuts will be insurance against whatever “trade wars” will throw at the global economy. That’s the current line from monetary officials in the US, anyway. The real question to ask is, how would they know?

Starting with trade wars. Is that really what’s behind all this? The evolution of the curves told you everything you need to know, and tell you what to prepare for. It’s not just inversion that is noteworthy. They said all along there was no boom, even during the most maniacal parts of inflation hysteria. You can literally see how the Fed is literally behind the curve.

So, again, how would they know?

They don’t. There’s your hope for H2 green shoots. Follow the bond market in both directions; forward as to what’s about to unfold, understanding better what’s going on right now. And backward, seeing just how we got into this predicament, what it was that actually happened (hint: May 29 leading to October-December; see below). 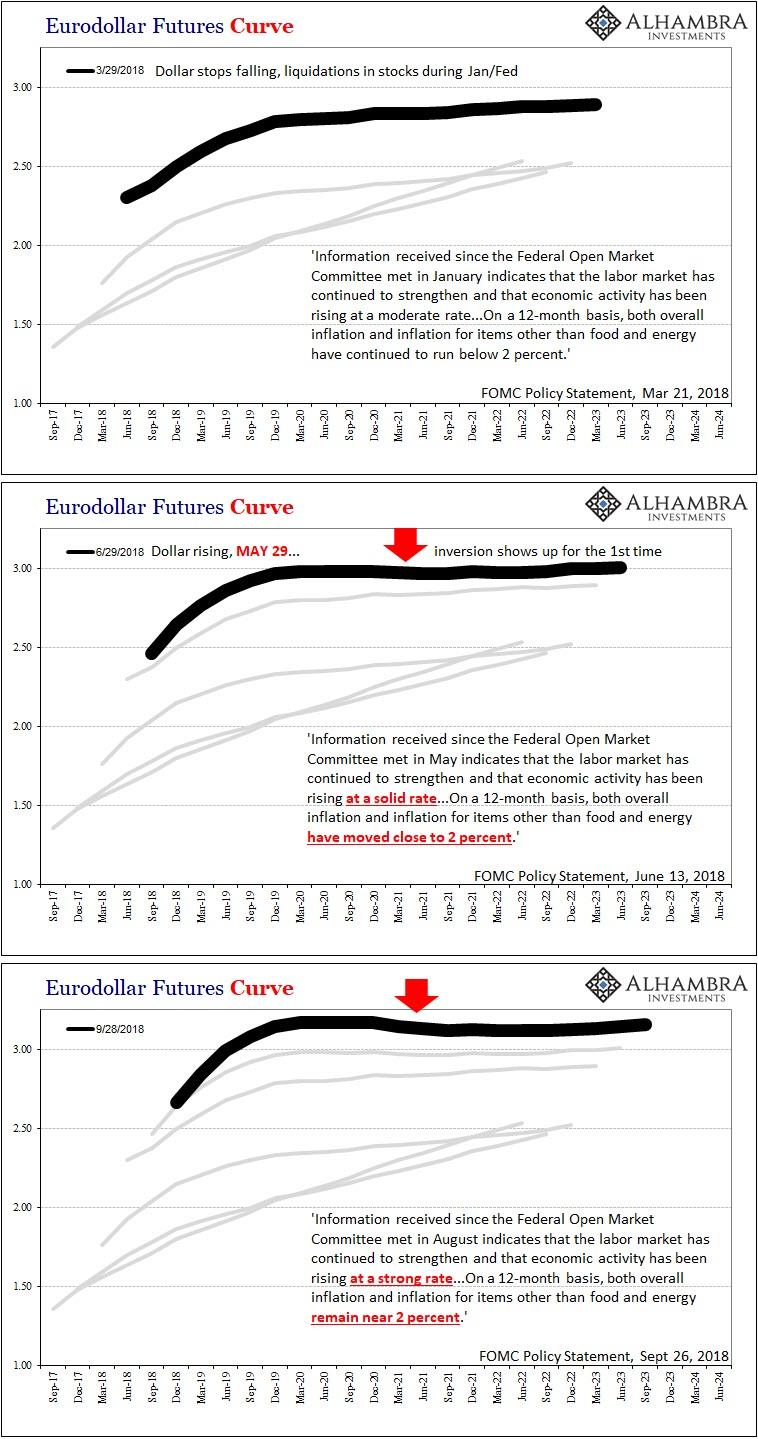 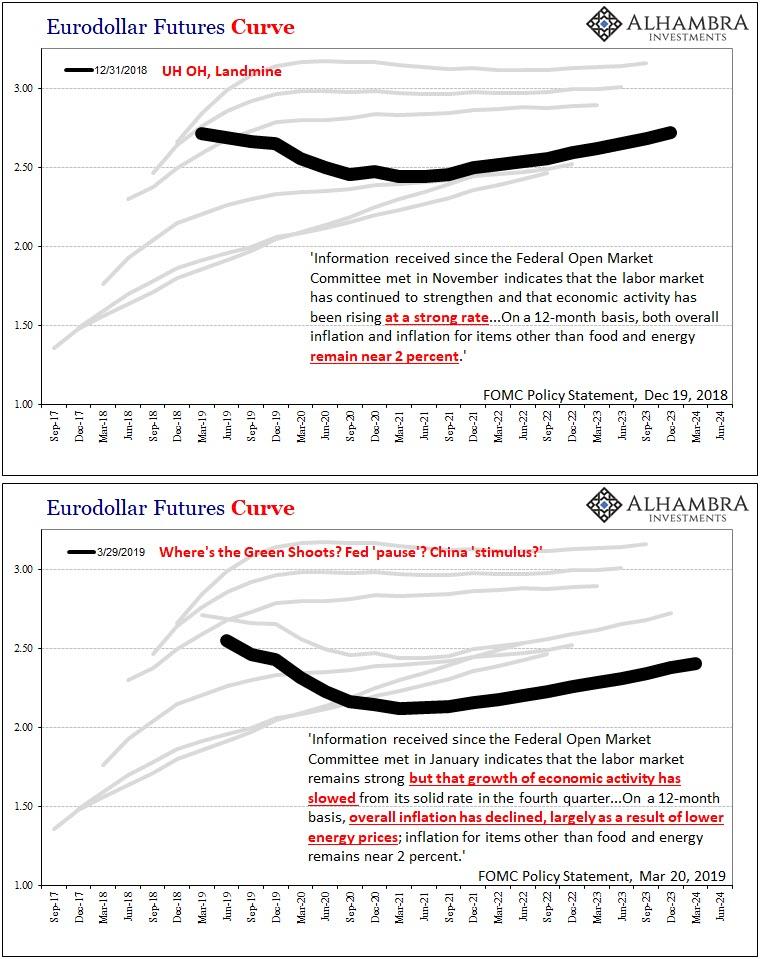 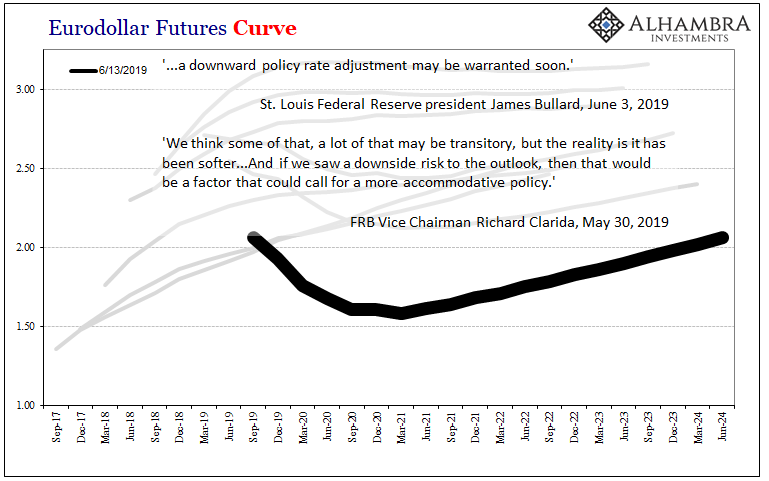 There’s always, always tons of information in money and bond curves. The fact that it might not be what most people agree with or want to hear only makes it that much more important. A year ago, when the eurodollar futures curve first inverted, the very notion that the only moves the FOMC might make in 2019 were going to be rate cuts (plural) was completely laughable.

Not anymore. Bonds vs. Economists. Who won the debate? Now, leaving it at a few rate cuts is the best case.