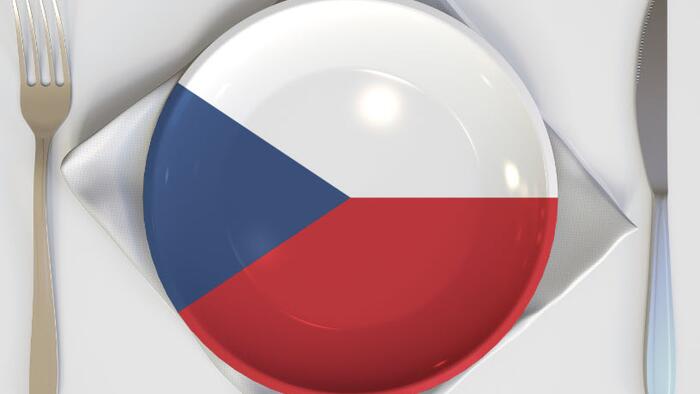 Czechia may produce much of its own food, but that has not stopped the country from seeing a dramatic increase in food prices. On top of the usual suspects such as rising energy prices, part of the problem for Czechs is that a substantial amount of that domestically produced food is exported abroad.

Food prices rose by more than a quarter in the Czech Republic in October. This was not only due to soaring energy prices but also partly because Czech stores copy prices in Germany, which has also seen an explosive growth in food prices this year.

The data shows just how bad food inflation in Czechia has become. The country experienced the largest percentage rise in sugar prices in Europe; the second-largest in vegetable oils; and the third-largest price increase in butter, milk, and bread.

Part of the problem is that Czech producers continued to export many of these commodities abroad, creating a shortage at home and keeping prices high, according to Czech news outlet Seznamz Pravy. The situation the country finds itself in reveals some of the downsides of free trade and globalization, in which companies and producers can often profit more by selling key products abroad rather than selling domestically.

In October, Eurostat data showed domestic food prices rose by 26.7 percent, the seventh-fastest rate in Europe after Hungary, Slovakia, and Bulgaria. At the same time, Czechia has food in abundance from its own production, or at least enough to cover most of its domestic needs.

The increase in the price of sugar by 100 percent, and butter, flour, and vegetable oils by more than 50 percent, is hard to compare in Europe. Inflation is mainly kept below a tolerable level by imported goods, such as fish, vegetables, fruit, and chocolate, where price growth is below the 10 percent mark compared to last year.

Oldřich Reinbergr, the former director of the largest sugar company in Czechia, Tereos TTD, explained the increase in the price of sugar, which occurred at the beginning of October in all supermarkets. He said that sugar factories’ old contracts for energy have expired, and they now have to buy the energy to produce sugar at a higher price.

“Farmers are facing the same problem,” he said in an interview with the Seznam Zprávy news outlet.

Yet there is a simpler explanation.

On Oct. 4, all supermarkets in Germany raised the price of sugar; instead of 80 cents per kilogram, they suddenly asked for €1.30. Czech retailers simply copied the price of their neighbors.

For domestic customers, this has the disadvantage that they pay the same for sugar as rich Germans.

That was not the norm for most foods until now because according to Eurostat, Czechs paid less than 90 percent of the European average for food last year. Because this year’s inflation hit Czechia more strongly in terms of food prices, local prices reached 96 percent of the EU average. The situation can be even worse for food produced in the Czech Republic.

Detailed foreign trade statistics from the Czech Statistical Office show that during the year, local producers took advantage of bottlenecks in the supply of certain foodstuffs, especially in the south of Europe, and began to export more. For example, temporary shortages in neighboring countries allowed them to raise export prices for wheat and sunflower oil by 40 percent to 50 percent. Logically, they demanded the same price from domestic customers. In other cases, for example in the case of sugar and eggs, they increased export quotas and thus limited what was offered on the Czech market.