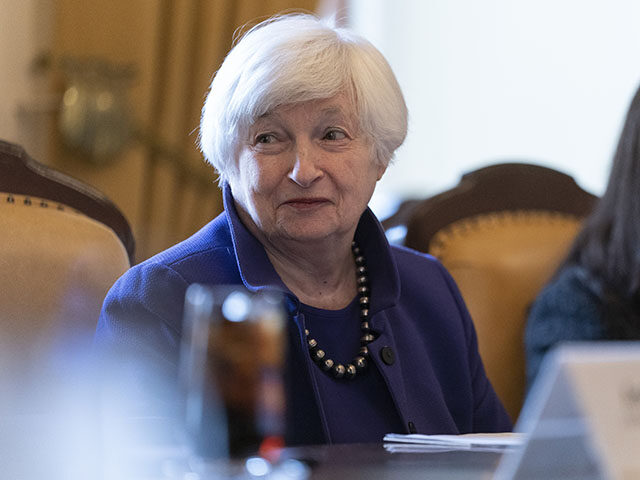 Yellen, who was Fed chair herself from February of 2014 through February of 2018, warned that the Fed would likely reject such a “gimmick,” according to the Wall Street Journal.

“It truly is not by any means to be taken as a given that the Fed would do it, and I think especially with something that’s a gimmick,” she said in a Sunday interview with the Wall Street Journal while traveling to Lusaka, Zambia

The idea of a trillion coin was first proposed during the run-up to the 2011 debt ceiling crisis. Attorney Carlos Mucha pointed out that U.S. law allowed the Treasury Secretary to authorize the U.S. mint to issue platinum coins of any denomination, ostensibly permitting the minting of a trillion dollar coin.

“A little-known statute gives the secretary of the Treasury the authority to issue platinum coins in any denomination. So some commentators have suggested that the Treasury create two $1 trillion coins, deposit them in its account in the Federal Reserve and write checks on the proceeds,” Yale law professor Jack Balkin wrote in 2011.

With Republicans preparing to demand concessions in exchange for raising the debt limit, some Biden administration officials and Democratic lawmakers have advocated reviving the idea. Bloomberg News podcaster Joe Weisenthal, who has for years been a major proponent of minting a trillion coin, has once again begun pushing for it.

Yellen’s dismissal of the idea very likely takes it off the table.