Dehydration May Be Linked to 2 Unexpected Diseases 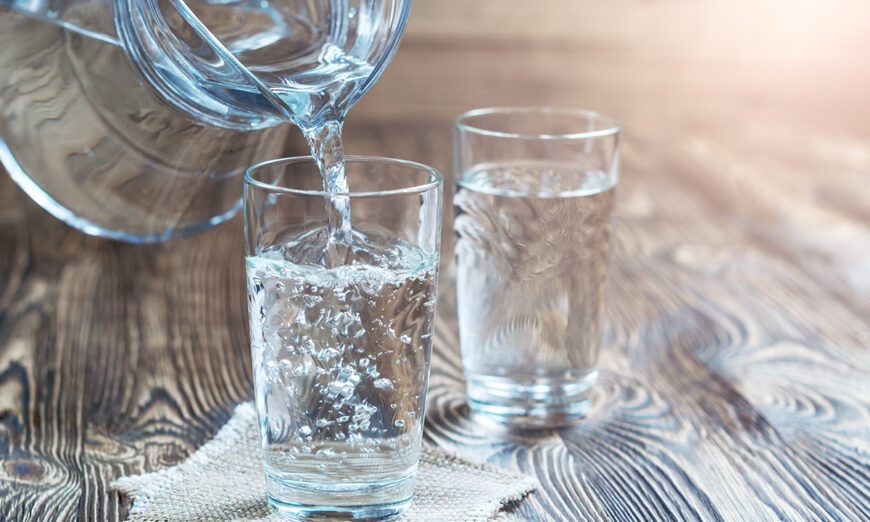 What if improving depression and lowering your risk of dementia was as simple as drinking more water?

Researchers believe hydration could be a powerful tool to help our brain be at its best—physically and emotionally.

The Body and the Brain Need Water

Without water, an adult can only survive for about three days. This makes perfect sense given that an adult’s body is between 55 and 60 percent water.

Water is important for so many different body functions and organs, including the brain. When the brain is not hydrated, brain cells are not able to work properly.

Dehydration increases neural activity, meaning that the brain is working harder than usual to perform a task. Additionally, dehydration can lead to volume changes in the brain and brain ventricles.

Dehydration in older people is considered a common occurrence. It has been reported that between 17 and 28 percent of older adults are dehydrated; it is also frequently a reason for admission to the hospital. One study showed the issue is diagnosed in 8.9 percent of hospitalized patients over the age of 65.

Dehydration can cause illness and death on its own and can also worsen a variety of medical conditions.

Failure to drink enough water or losing water through fever, sweat, vomiting, and diarrhea can cause dehydration. Some medications, such as diuretics, can also cause dehydration by increasing urination—so can caffeine and alcohol consumption.

Getting dehydrated is easier than you’d think. Just a 1.5 percent decrease in body weight (e.g. 2.25 pounds for an adult weighing 150 pounds) due to inadequate water consumption or water loss can result in mild dehydration. A lack of adequate water in the body’s cells and blood vessels can cause an assortment of unpleasant symptoms including dizziness, headache, tiredness, dry mouth, and constipation.

Being Dehydrated Can Bring You Down

Increasing water intake has the potential to improve mood in people who are low-water drinkers—and to lower mood when water consumption is restricted in those who are high-water drinkers. Why is this so?

Depression is related to low levels of serotonin, a neurotransmitter that has a significant effect on mood and also cognition. Serotonin is generated from the amino acid tryptophan. If enough water is not present within the brain, the tryptophan cannot cross the blood-brain barrier—which is “a network of blood vessels and tissue that is made up of closely spaced cells and helps keep harmful substances from reaching the brain,” according to the National Cancer Institute. Dehydration limits how much tryptophan is present in the brain and subsequently lowers serotonin levels, contributing to depression.

Mindy Millard-Stafford has researched the effects of dehydration. “Mood clearly is impacted by dehydration [creating greater feelings of fatigue, less vigor],” Millard-Stafford, director of the Exercise Physiology Laboratory at Georgia Institute of Technology who holds a doctorate in exercise physiology, said in an email to The Epoch Times.

Dehydration has also been linked to poor sleep, which can be a contributing factor to depression and anxiety. Additionally, dehydration has been associated with increased levels of cortisol—a stress hormone—which can lead to feelings of anxiety.

Research has shown that even mild dehydration can have an adverse effect on cognitive performance. A review of studies to date showed that being dehydrated by just 2 percent lowers the ability to perform tasks that require “attention, psychomotor, and immediate memory skills.”

Another study looked at the effect of mild dehydration on the cognitive performance of healthy young men. Researchers found that mild dehydration (between 1 and 2 percent) resulted in decreased attention and working memory, and increased anxiety, tension, and fatigue.

“The reason we believe this happens is that when a fluid shift occurs in the brain, some of the structures change in size, based on neuroimaging studies,” Millard-Stafford explained, while noting that this hypothesis still needs to be proven.

The elderly, who are more at risk of developing dehydration, can experience even more significant changes in cognitive performance than their younger counterparts, including confusion and delirium, which could result in a fall.

It doesn’t take much for an elderly person to become dehydrated—a loss of less than 1 percent of body weight due to inadequate water consumption can result in cognitive impairment in this population.

Older people are also more at risk of dehydration because they have less water in their bodies due to a loss of muscle mass, the use of diuretics, and a lowered ability to recognize when they are thirsty. Dementia can also increase the risk of developing dehydration, due to forgetting to drink or difficulty in communicating the need to have a drink.

For an older adult who may already be prone to dehydration, a more chronic state of dehydration might also be present.

“Coupling [chronic dehydration] with any age-related cognitive deficits, this could have a greater risk,” said Millard-Stafford.

A Link Between Dehydration and Dementia

Is there a link between dehydration and dementia?

A German study of people between the age of 60 and 89 showed that higher dehydration was associated with a more significant decline in cognitive functioning and well-being over time—confirming that good hydration plays an important role in preserving cognition and well-being as we age.

Another study investigated the connection between dehydration and the risk of dementia—and revealed some worrisome results. The study involved over 1,000 participants over the age of 65 and determined that dehydrated individuals had a higher risk of dementia. Additionally, researchers found that those with dementia had an increased risk of dehydration, which may result in a vicious cycle.

It has also been suggested that dehydration can speed up cognitive decline in those suffering from dementia. One study showed that dehydration could cause “protein misfolding” and protein aggregation (proteins come together to form aggregate structures). This mechanism leads to progressive loss of the structure and function of neurons, including the death of neurons and decreased cognition in the elderly.

Also alarming is a study that shows that dehydration is associated with developing a type of dementia, like Alzheimer’s disease or vascular dementia.

Hydrating for a Healthy Brain

Although dehydration can cause a decline in cognitive performance, depression, and anxiety, proper hydration can help improve and may even reverse these conditions.

According to the National Academies of Sciences, Engineering, and Medicine, men should consume about 3.7 liters (125 ounces) daily, and women should consume 2.7 liters (91 ounces). Keep in mind that about 80 percent of total water intake comes from drinking water and other beverages—the other 20 percent comes from the food we eat.

The total amount of fluid needed to stay hydrated may need to be modified based on exercise level, hot or humid weather, fever, vomiting, diarrhea, pregnancy, and breastfeeding.

Not feeling thirsty and producing colorless or light yellow urine are indicators of adequate hydration.

There are a variety of apps available to help you manage hydration, but these may be unnecessary. To stay hydrated, it is recommended that you drink water with each meal and between meals, before, during, and after exercise, and whenever you feel thirsty.