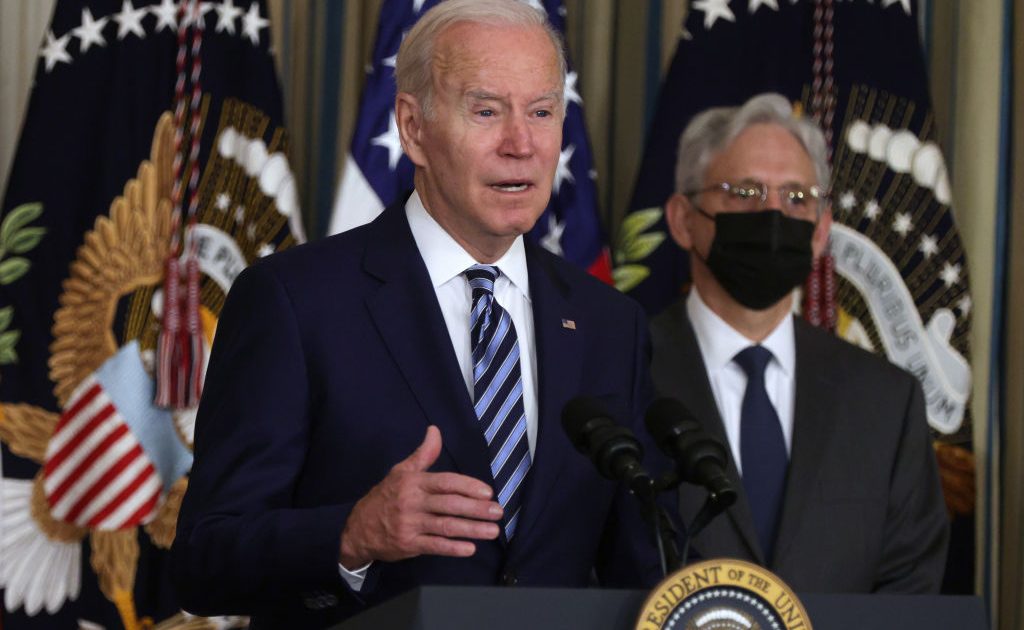 As Democrats continue calls to defund police, Joe Biden’s Department of Justice has given nearly $140 million to police departments across the nation. Reports on Thursday said the money will be distributed to 182 different agencies and hopes to add more than 1,000 officers with the additional resources provided.

Attorney General Merrick Garland said the department is committed to providing officers “with the resources needed to help ensure community safety and build community trust.” Meanwhile, Biden announced he signed the three bipartisan bills on Thursday in what seemed to be a swipe at progressives in his own party.

“And I want to thank everyone who worked together to pass each of these bipartisan bills, emphasize bipartisan bills. Before I turn to the specifics of the bills, I want to say that when you look at what our communities need, what our law enforcement is being asked to do, it’s going to require more resources, not fewer resources,” said Biden.

The COPS Counseling Act, signed by Pres. Biden on Thursday, aims to help law enforcement officers recover from the ‘invisible wounds’ of the job

This comes as far-left Democrats have continued their push to enhance social services to replace police. This move has resulted in cities across the country seeing a major uptick in violent crime.

In the meantime, the DOJ said the new grant money will go straight to police and sheriff’s departments both large and small across the nation.