Dept. of State to lift terrorist designation of Colombia’s FARC 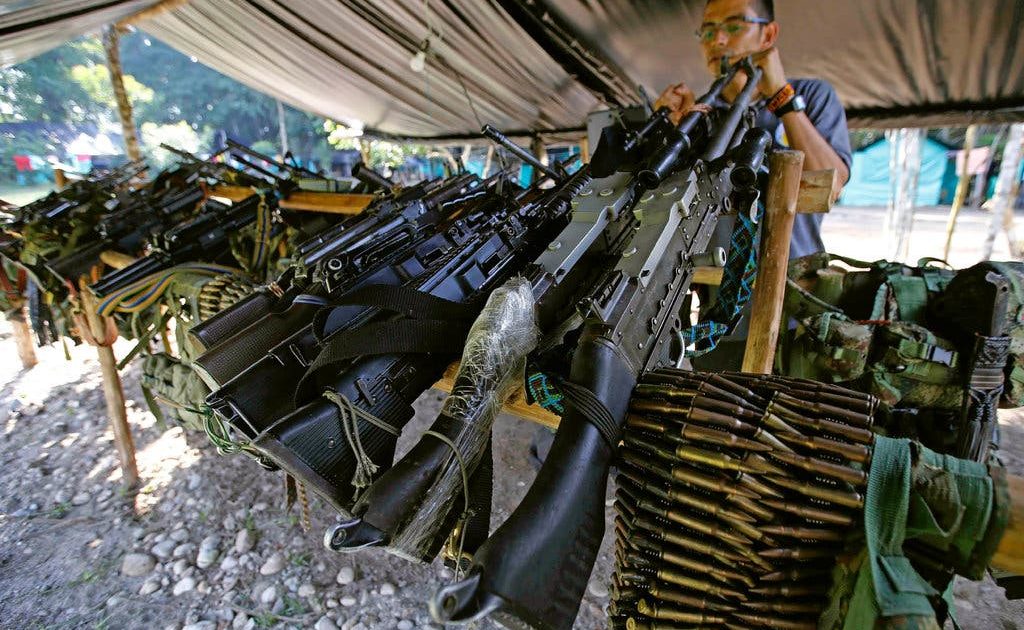 Weapons handed over by the rebels of the Revolutionary Armed Forces of Colombia, or FARC. (fernando Vergara/AP Photo)

The agency’s spokesperson, Ned Price, downplayed the reports by saying the decision comes in celebration of the group’s efforts to keep the peace with the Colombian after reaching a peace agreement five years ago. FARC was established in 1964 amid lingering cleavages from the 10-year civil war ending in 1958, which is referred to as La Violencia.

FARC has been linked to mass killings, kidnappings and displacement of millions of Colombians who they deemed political dissidents. Additionally, researchers have linked the left-wing group to the Colombian drug trade and claim they became heavily involved in 1992.

After decades of violence, FARC and the Colombian government began touch-and-go peace talks beginning in 1998 crystallizing in 2016 with a ceasefire and surrendering of arms. Since then, the group has claimed to be a primarily political body and vows to uphold their end of the peace agreement.

However, administrations prior to Joe Biden’s have been weary of letting their eyes off of FARC warning they could revert back to a militant organization. Price said the State Department cannot yet announce the official designation of FARC, but noted the public will hear more in the coming days.

Republicans in the House Foreign Affairs Committee are warning Biden against lifting the designation early. They claim Biden is appeasing the group that has terrorized Colombia for decades and hasn’t yet shown remorse for their actions.