Dershowitz blasts lawsuit by Epstein accuser as a ‘shakedown plot’

In this image taken from video issued by the BBC, Virginia Roberts Giuffre speaks during an interview on the BBC Panorama program that will be aired on Monday Dec. 2, 2019. (BBC Panorama via AP)

Former Jeffrey Epstein attorney Alan Dershowitz has, again, denied a connection with a woman claiming to be one of Epstein’s trafficking victims. Dershowitz appeared in federal court Monday as part of a federal defamation suit filed by Virginia Giuffre, who claims she was forced by Epstein to have sex with Dershowitz and others .

During the hearing, Guiffre’s attorney said she would likely take advantage of a new law that allows victims of child sex abuse to sue their alleged perpetrators. Dershowitz, however, maintained his innocence and said her plan to file a new suit is a ‘”publicity stunt.”

“She told the FBI she never met me, she told all of her best friends and her boyfriend she never met me,” he stated. “Suddenly, she remembered having met me seven times only after she meets her lawyers as part of this shakedown plot.”

Dershowitz claimed Guiffre wasn’t underage when she was trafficked, adding, her story changes to fit the law.

“This is a woman has a long history of falsely accusing prominent men for money, and she has falsely accused me for money,” he stated. “And that will be proved beyond any doubt at the trial.” 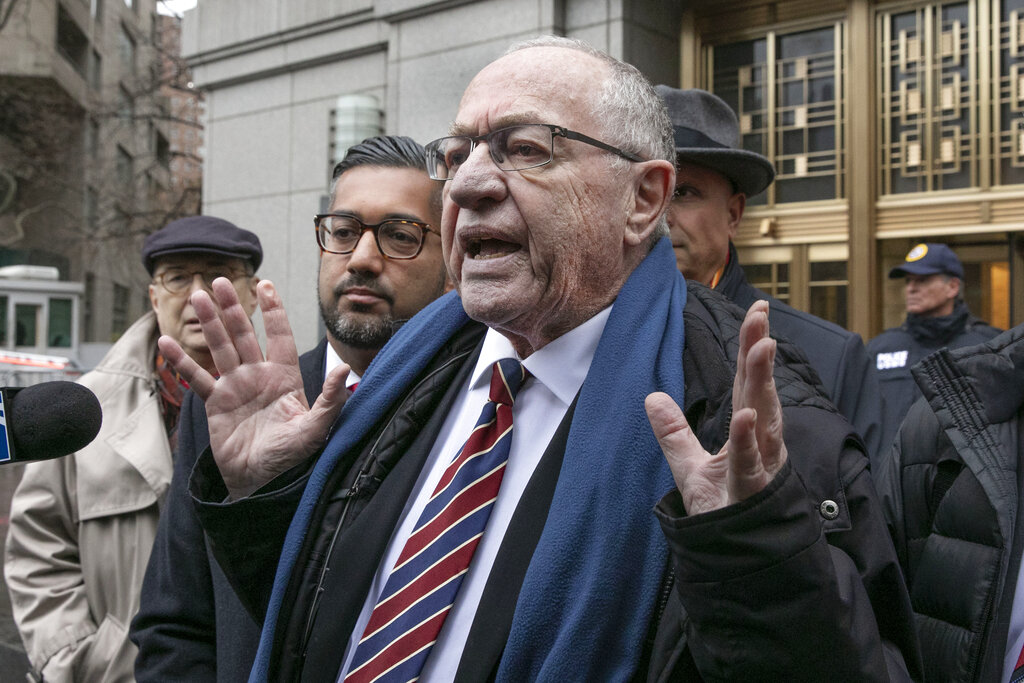 Attorney Alan Dershowitz talks to the press outside federal court, in New York, Monday, Dec. 2, 2019. Dershowitz on Monday attended a court hearing in his ongoing legal battle with Virginia Roberts Giuffre, a woman who claims to have been pressured into having sex with Dershowitz by Jeffrey Epstein when she was 17. She and Dershowitz are suing each other, each claiming the other is lying. (AP Photo/Richard Drew)

Guiffre’s attorney also called for communications between Dershowitz and Epstien during the hearing, saying they intend to use the privileged communications to prove Dershowitz had private motivations for securing Epstein a controversial plea deal in 2008. Dershowitz said he would be happy to released these communications, but it was up to Epstein’s attorneys.

Dershowitz has also called to have a cassette tape returned to him, saying it contains statements from another attorney undermining Guiffre’s claims. Guiffre’s attorneys didn’t comment on the hearing.