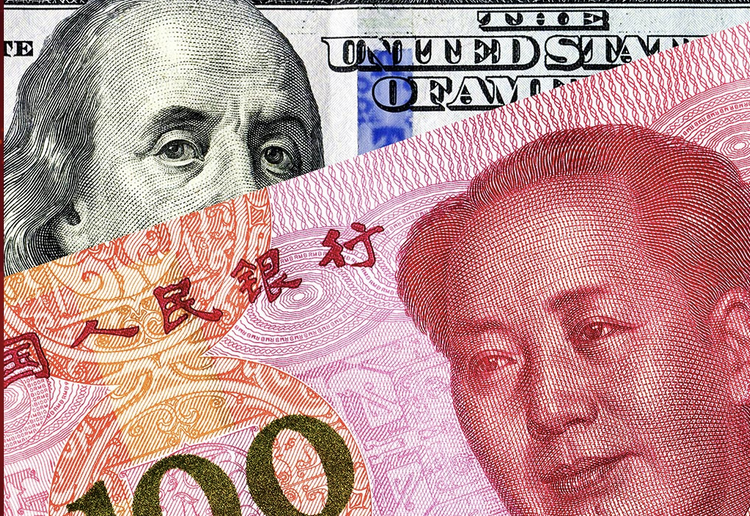 The petrodollar is now on its last legs as Saudi Arabia has declared China to be its “reliable partner” for energy and trade. The USA, under the catastrophic leadership of fake president Joe Biden — who was planted in the Oval Office via a rigged election — has lost all credibility in the eyes of world leaders.

First, the US military couldn’t even hold its ground in Afghanistan and was beaten by local militiamen who gained possession of tens of billions of dollars in US military equipment during the rushed US evacuation panic. Next, the USA demonstrated its tyranny and warmongering insanity by taking part in the destruction of the Nord Stream pipelines that provide energy to Europe. Adding insult to injury, the corrupt US government, Treasury and private Federal Reserve have been printing money at a maddening pace, exploiting the special position of global reserve currency held by the dollar. The more dollars are printed, the more purchasing power is stolen from other nations that hold dollars. The current dollar devaluation has reached nearly 2% per month and continues to accelerate.

What the world has come to realize is that:

1) The U.S. is a horrible steward of a global reserve currency and that the U.S. abuses / exploits its currency standing to enforce authoritarian dominance over the world.

2) The U.S. is a dangerous, cruel empire that bombs civilians, destroys civilian infrastructure and abuses human rights both around the world and at home (hundreds of J6 political prisoners still locked up, with no trial).

3) The U.S. has zero regard for the rule of law and has no respect for anything resembling “democracy” or “human rights.”

4) The U.S. is a horrible trading partner because it will carry out economic warfare against its own trading partners (such as the Fed raising interest rates to break Britain’s bond-based pension system) while pushing transgenderism and the LGBT agenda on the world.

5) The U.S. will demand real goods from your nation (commodities, manufactured goods, etc.) while offering you nothing but fiat currency debt instruments in return. The world is tired of trading real, physical assets for America’s IOUs.

6) U.S. leadership is a cabal of insane, deranged criminals who cannot be reasoned with. The U.S. is like a crazed childhood bully running around with nuclear weapons, beyond the reach of any rational argument or sensible solution involving common ground.

For these reasons and more, the nations of the world are set to repudiate the dollar and bring the U.S. empire to an end.

We now have confirmation that this global pivot is taking place.

As Simon Watkins writes for OilPrice.com:

[T]he U.S. is surprised by the apparent finalization of the transition of Saudi Arabia away from Washington and towards China, which effectively marks the end of the 1945 core agreement between the U.S. and Saudi Arabia that defined their relationship up until extremely recently.

The petrodollar understanding, in other words, is history.

The last days of the American empire are upon us

Once the petrodollar is repudiated by nations around the world, the dollar will collapse in value as nations dump it, sending a flood of dollars back to the USA where they will saturate the domestic economy. The result will be shocking price inflation in consumer goods (including food) followed by a suicide spiral of last-ditch money printing while the Fed buys up stocks, bonds, houses, and expiring Treasury debt, effectively leading to the self-immolation of the dollar currency.

Those left holding dollars will lose most of the value — perhaps 95% — and banks will resort to bail-ins or bank holidays to try to prevent bank runs.

At some point in this fiasco, the ability of the U.S. federal government to pay its own workers will grind to a halt, resulting in a collapse of the federal government’s financial solvency in something resembling the collapse of the Soviet Union in 1991. This will likely be followed by the breakup of the United States into smaller, regional nation-states which will launch their own currencies, likely backed by a portfolio of gold and commodities (because no one will trust fiat currency merely on “faith” at this point).

Make sure you are physically present in the state where you want to be when this house of cards comes tumbling down.