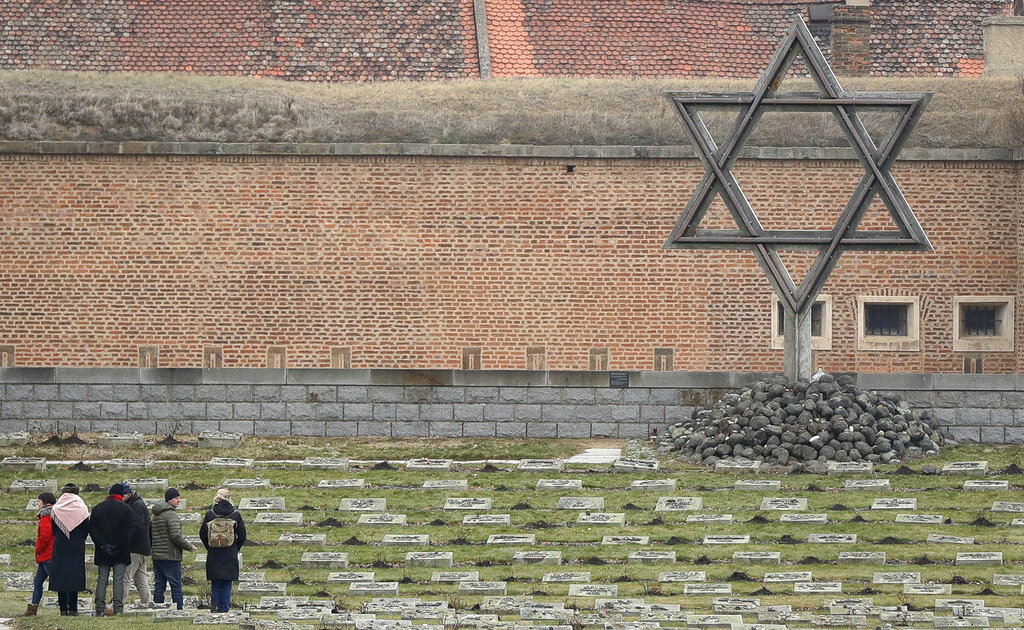 The White House has named a new special envoy on anti-Semitism. Secretary of State Mike Pompeo announced Elan Carr will fill the role that has been vacant for two-years. Carr is a prosecutor from Los Angeles, who also served in the Iraq war.

This comes after the White House received pressure from Congress and Jewish leaders, who urged the administration not to leave the post vacant.

President Trump addressed anti-Semitism in his State of the Union address as well as Iran’s role in perpetuating it.

“We will not avert our eyes from a regime that chants ‘death to America’ and threatens genocide against the Jewish people,” he stated.

President Trump also welcomed a man who survived anti-Semitism twice in his lifetime — once during the Holocaust and then again at the Tree of Life synagogue shooting — to the State of the Union.

Visitors walk past the David’s star at the cemetery of the former Nazi concentration camp in Terezin, Czech Republic, Thursday, Jan. 24, 2019. The Czech Parliament’s lower house has adopted a resolution that recognizes a common international definition of anti-Semitism. The resolution was adopted Friday Jan. 25 during a session to remember the victims of the Holocaust. (AP Photo/Petr David Josek)

“We must never ignore the vile poison of anti-Semitism or those who spread it venomous creed,” said the president “With one voice we must confront this hatred anywhere and everywhere it occurs.”

In the meantime, the State Department said Carr will attend conferences on combating anti-Semitism this week in Slovakia and Belgium.