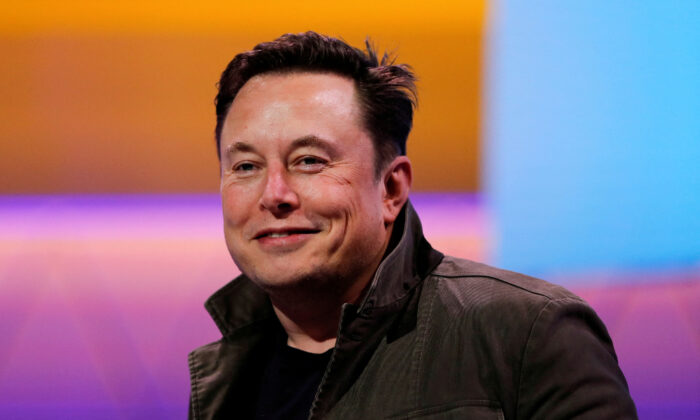 Twitter’s censorship methods, according to Weiss, included placing specific users on a “Trends Blacklist” or a “Search Blacklist.”

The popular Libs of TikTok account, as well as Dr. Jay Bhattacharya, professor of medicine at Stanford University School of Medicine, are among the users who were secretly added to the “Trends Blacklist” by the company.

Bhattacharya was put on the list because he stated that children would be harmed by COVID-19 lockdowns. This action stopped his tweets from trending, Weiss said.

Weiss also noted that conservative activist Charlie Kirk, founder of Turning Point USA, was put on a “Do Not Amplify” list.

4. Or consider the popular right-wing talk show host, Dan Bongino (@dbongino), who at one point was slapped with a “Search Blacklist.” pic.twitter.com/AdOK8xLu9v

The second installment comes just a week after Taibbi published, with Musk’s endorsement, details about the social media platform’s decision to suppress and censor the New York Post’s report on the contents of Hunter Biden’s laptop in October 2020.

“A new #TwitterFiles investigation reveals that teams of Twitter employees build blacklists, prevent disfavored tweets from trending, and actively limit the visibility of entire accounts or even trending topics—all in secret, without informing users,” Weiss said on Twitter.

“Twitter once had a mission ‘to give everyone the power to create and share ideas and information instantly, without barriers.’ Along the way, barriers nevertheless were erected,” she added.

1. A new #TwitterFiles investigation reveals that teams of Twitter employees build blacklists, prevent disfavored tweets from trending, and actively limit the visibility of entire accounts or even trending topics—all in secret, without informing users.

Rank-and-file employees and executives at Twitter referred to so-called “shadow banning” as “visibility filtering” or “VF,” according to Weiss, who said multiple “high-level” sources confirmed this at Twitter.

Weiss’ report, published on Twitter, confirmed that the social media company deployed its so-called visibility filtering to make it hard for users to search for specific individuals—in other words, to blacklist their accounts.

The visibility filtering tool also limited the scope of a specific tweet’s discoverability, prevented certain users’ tweets from ever appearing on the “trending” section, and blocked them from appearing in hashtag searches, according to Weiss.

“All without users’ knowledge,” she wrote.

One senior Twitter employee told Weiss to think about visibility filtering as a way for the company to “suppress what people see to different levels. It’s a very powerful tool.”

8. “Think about visibility filtering as being a way for us to suppress what people see to different levels. It’s a very powerful tool,” one senior Twitter employee told us.

Weiss said that this was confirmed by two additional Twitter employees.

Twitter had a “secret group” who were above and beyond the everyday content moderators from the Strategic Response Team-Global Escalation Team (SRT-GET) that blacklisted users, according to Weiss.

The secret group was known as the “SIP-PES,” which stands for “Site Integrity Policy, Policy Escalation Support.”

While the SRT-GET “handled up to 200 ‘cases’ a day” following the company’s policy on paper, the SIP-PES group existed at a level “beyond official ticketing, beyond the rank-and-file moderators,” Weiss reported.

“This is where the biggest, most politically sensitive decisions got made. ‘Think high follower account, controversial,’ another Twitter employee told us. For these ‘there would be no ticket or anything,’” Weiss added.

15. This is where the biggest, most politically sensitive decisions got made. “Think high follower account, controversial,” another Twitter employee told us. For these “there would be no ticket or anything.”

‘We Do Not Shadow Ban’

Weiss noted in her report the former Twitter executives had previously asserted in 2018 that the company did not target accounts with shadow bans based on their political views.

“Favoring one specific ideology or belief goes against everything we stand for,” she wrote.

In a joint blog post, Gadde and Beykpour wrote: “We do not shadow ban. You are always able to see the tweets from accounts you follow (although you may have to do more work to find them, like go directly to their profile). And we certainly don’t shadow ban based on political viewpoints or ideology.”

The SIP-PES group was tied to the decision to ban the popular Libs of TikTok account, which had been placed on the “Trend Blacklist” and was designated as “Do Not Take Action on User Without Consulting With SIP-PES,” according to Weiss.

The Libs of TikTok account, which was still blacklisted as of Dec. 7, was created by Chaya Raichik in November 2020 and grew to have 1.4 million followers.

Raichik’s account was suspended by Twitter seven times in 2022 alone and blocked from posting for as long as one week, Weiss reported.

Twitter repeatedly informed Raichik that she had been suspended for violating Twitter’s policy against “hateful conduct,” but an internal SIP-PES memo from October 2022 revealed that the secret group noted that her account had “not directly engaged in behavior violative of the Hateful Conduct policy.”

19. But in an internal SIP-PES memo from October 2022, after her seventh suspension, the committee acknowledged that “LTT has not directly engaged in behavior violative of the Hateful Conduct policy." See here: pic.twitter.com/d9FGhrnQFE

Weiss reported that the committee internally justified Raichik’s suspension by claiming her account encouraged online harassment of “hospitals and medical providers” by insinuating “that gender-affirming healthcare is equivalent to child abuse or grooming.”

“Compare this to what happened when Raichik herself was doxxed on November 21, 2022. A photo of her home with her address was posted in a tweet that has garnered more than 10,000 likes,” Weiss wrote.

“When Raichik told Twitter that her address had been disseminated, she says Twitter Support responded with this message: ‘We reviewed the reported content, and didn’t find it to be in violation of the Twitter rules.’ No action was taken. The doxxing tweet is still up,” Weiss added.

Following Weiss’ report, Raichik noted that a screenshot shared by Weiss revealed her Libs of TikTok account was still blacklisted as of Dec. 7. She raised the issue with Musk, who replied that he’s “looking into it.”

The Epoch Times has contacted Raichik for further comment.

Weiss noted that there is “more to come on this story” that would be published on her website for The Free Press. Weiss said that part of her agreement with Musk to get access to Twitter’s files was that the material would first be published on Twitter.

“We’re just getting started on our reporting. Documents cannot tell the whole story here,” she said.

A third report on the so-called “Twitter files” will be published by Taibbi, Weiss said.