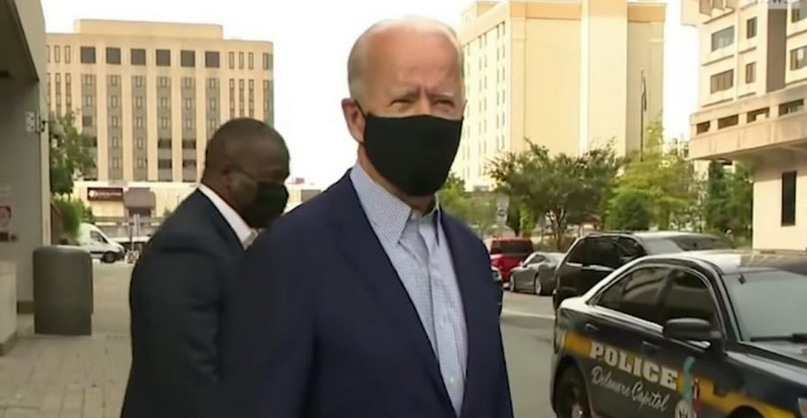 Burisma hired Hunter Biden while his father was vice president because the Ukrainian natural gas firm wanted high-ranking U.S. officials to express support in an effort to shut down investigations against the company’s owner, according to an unconfirmed email reported Thursday by Fox News.

Anchor Tucker Carlson said he obtained exclusive access to the email, which was among others reported Wednesday and Thursday by the New York Post. The paper said the emails came from a computer purportedly belonging to Hunter Biden that was dropped off at a Delaware repair shop in April 2019 and never retrieved.

Vadym Pozharskyi, an adviser to the Burisma board on which Hunter Biden served for a total of $3.1 million, emailed Biden and his business associate, Devon Archer, on Nov. 2, 2015, with a list of the “deliverables” he sought from them.

Burisma’s owner, Nikolay Zlochevsky, was the target of a bribery investigation in the U.K. at the time.

“The scope of work should also include organization of a visit of a number of widely recognized and influential current and/or former US policy-makers to Ukraine in November,” Pozharskyi wrote.

The Burisma executive said the objective of the visits was to “bring positive signal/message and support on Nikolay’s issue to the Ukrainian top officials above with the ultimate purpose to close down for any cases/pursuits against Nikolay in Ukraine.”

Carlson said that while he and his investigative team cannot prove the emails came from Hunter Biden’s laptop, “every detail that we could check, including Hunter Biden’s personal email address at the time, suggests they are authentic.”

“If these emails are fake, this is the most complex and sophisticated hoax in history,” he said. “It almost seems beyond human capacity. The Biden campaign clearly believes these emails are real. They have not said otherwise. We sent the body of them to Hunter Biden’s attorney and never heard back.”

Carlson said it “couldn’t be clearer” what Burisma wanted from Hunter Biden.

“Burisma wanted Hunter Biden’s father to get their company out of legal trouble with the Ukrainian government,” he said. “And that’s exactly what happened.”

One month later to the day, on Dec. 2, 2015, Carlson noted, Hunter Biden received a notice from the Washington public relations firm Blue Star Strategies, which apparently had been hired to lobby the Obama administration on Ukraine.

The email explains that Blue Star had the minutes of a White House planning call that “addressed several questions regarding U.S. policy toward Ukraine.”

“Days later,” Carlson said, “Joe Biden flew to Ukraine and did exactly what his son wanted.”

Later, in a panel at a meeting of the Council on Foreign Relations, Biden boasted that he told the Ukrainian government that if it didn’t fire its top prosecutor, Viktor Shokin, the Obama administration would withhold $1 billion in American aid.

“Now, Ukraine is a poor country, so they had no choice but to obey,” Carlson said. “Biden’s bullying worked.”

See video of Joe Biden recalling how he successfully pressured Ukrainian officials to fire the prosecutor who was targeting Burisma:

Shokin has signed an affidavit declaring he was investigating Burisma when Joe Biden had him removed.

“In 2015, Joe Biden was the sitting vice president of the United States. Included in his portfolio were U.S. relations with the nation of Ukraine. At that moment, Vice President Joe Biden had more influence over the Ukrainian government and the Ukrainian economy than any other person on the globe outside of Eastern Europe,” he said.

“Biden’s younger son, Hunter, knew that and hoped to get rich from his father’s influence.”