EU Accuses Washington Of Making A Fortune From Ukraine War 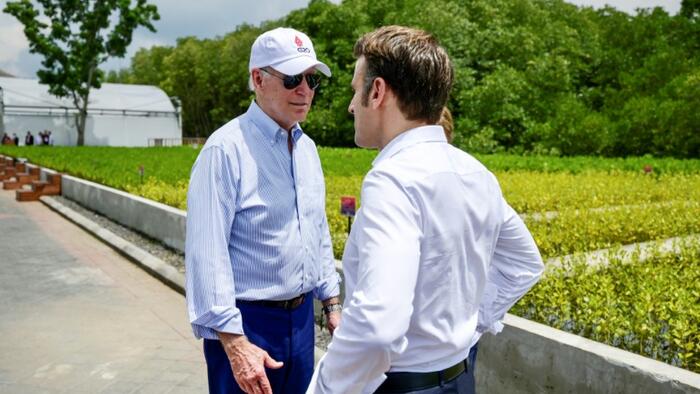 “Nine months after invading Ukraine, Vladimir Putin is beginning to fracture the West,” Politico observes in a surprising admission which marks a stark reversal from prior mainstream media optimism and cheerleading of the White House’s blank check approach to supporting Ukraine. “Top European officials are furious with Joe Biden’s administration and now accuse the Americans of making a fortune from the war, while EU countries suffer.”

There’s clearly growing frustration among European officials over Washington’s refusal to push the Zelensky government to the negotiating table while an unprecedented billions worth of weaponry and defense aid pours in, risking unpredictable escalation between NATO and Russia. Meanwhile European populations will continue being the first to pay the price amid frigid winter temperatures and a simultaneous severe energy supply crisis even as some leaders still spout abstract ideals of “sacrifice”.

And all the while Biden has continued rolling out his controversial green subsidies and taxes which are widely perceived as unfairly punishing European industries at this most sensitive juncture.

A senior European official speaking to Politico additionally blasted the White House policy of in effect using the Ukraine war to line the pockets of American defense contractors while at the same turning a deaf ear on European pleas for some relief to the no-win situation.

The person acknowledged a large-scale shift in sentiment happening, largely driven by the intractable ‘win in Ukraine at all costs’ stance of the US administration:

The explosive comments — backed in public and private by officials, diplomats and ministers elsewhere — follow mounting anger in Europe over American subsidies that threaten to wreck European industry. The Kremlin is likely to welcome the poisoning of the atmosphere among Western allies.

“We are really at a historic juncture,” the senior EU official said, arguing that the double hit of trade disruption from U.S. subsidies and high energy prices risks turning public opinion against both the war effort and the transatlantic alliance. “America needs to realize that public opinion is shifting in many EU countries.”

But the US National Security Council has lately reiterated its position that the crisis is solely on Putin’s shoulders full-stop, while Washington is simply presenting ramped-up US liquefied natural gas delivery to Europe as fulfilling the need to “diversify away from Russia,” according to a NSC statement.

Even the typically compliant EU foreign policy chief Josep Borrell is now questioning and showing hints of losing faith in ‘united’ efforts to support Ukraine, acknowledging to Politico, “Americans — our friends — take decisions which have an economic impact on us.”

“The United States sells us its gas with a multiplier effect of four when it crosses the Atlantic,” European Commissioner for the Internal Market Thierry Breton said on French TV on Wednesday. “Of course the Americans are our allies… but when something goes wrong it is necessary also between allies to say it.”

“The Inflation Reduction Act has changed everything,” the EU diplomat said. “Is Washington still our ally or not?” This rising fury could spill into the streets as more European households are likely to experience shortages in electricity and heat this winter, further intensifying the pressure on EU politicians.