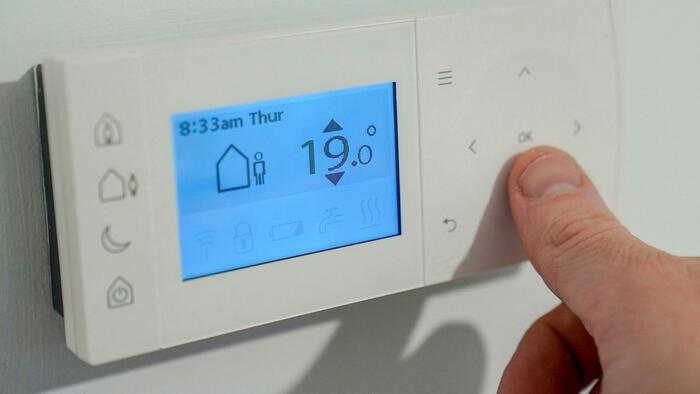 By Charles Kennedy of Oilprice.com,

Households in Europe have lowered the target temperatures in their smart thermostats this winter amid high energy bills and calls from governments to conserve energy, according to data from smart thermostats installed by German firm Tado and cited by Reuters.

Authorities in many European countries last autumn called on households and small businesses to conserve energy this winter as the continent was facing a possible shortage of gas supply after the Russian pipeline deliveries were slashed and after electricity prices surged, also due to low availability of the French nuclear power-generating fleet. In many countries, the thermostats in public buildings shouldn’t exceed 19 degrees Celsius (66.2 F) this winter.

Based on data for the last four winters – including this winter – households in Europe with installed Tado smart thermostats have lowered their target temperature so far this winter.

Households in northwestern Europe lowered the target temperatures by the most—by nearly 1 degree Celsius in the UK, the Netherlands, and Belgium.

In the UK, where the cost-of-living crisis has been acutely felt by households, a total of 79.6% of Tado-linked homes have dialed down their temperature settings, while only 47% of such homes in Norway did, per the data quoted by Reuters.

It remains to be seen whether the warm start to the year in most of Europe and still ample gas levels in storage in mid-January will break the resolve of the Europeans to save energy.

In Germany, the situation with gas supply looks much better now compared to the bleak expectations of authorities before the heating season began.

Klaus Müller, the president of the agency, said on Tuesday, “Even if we can be optimistic about avoiding a gas shortage for the winter of 22/23, we have to start thinking about 23/24 now. To do this, we must continue to save gas, become more energy-efficient, expand renewables, connect LNG terminals and fill storage facilities.”