Even the ACLU is Against Biden’s ‘Vaccine Passports’ 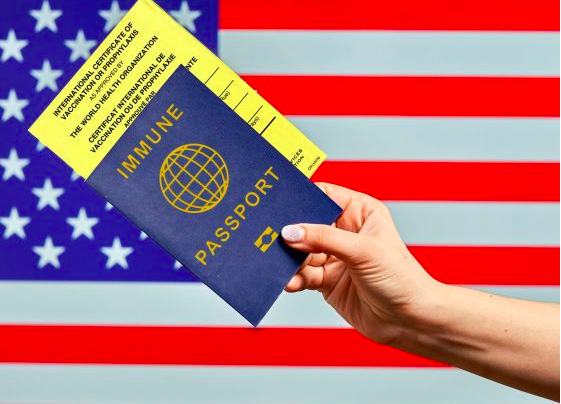 Home /Culture
Even the ACLU is Against Biden’s ‘Vaccine Passports’

On March 31, the left-wing American Civil Liberties Union (ACLU) came out in opposition to Joe Biden’s proposed “vaccine passports,” citing multiple reasons for their hesitation to get on board with the proposal.

The ACLU noted that when heard immunity happens due to increases of vaccines and “COVID comes to resemble other dangerous diseases where there are occasional flareups but little spread, such as measles, the need for a COVID passport will seem much less urgent. Nobody is demanding we provide proof of measles vaccination everywhere we go. And in the limited circumstances where such proof is required (school enrollment, some medical jobs, and some overseas travel), it’s far from clear that the existing system of paper documents is somehow deeply broken and in need of fixing. That’s especially true given that creating a passport system would be a herculean task.

The group also had opposition to “digital” systems to manage these vaccine passports, as “Many people don’t have smartphones, including disproportionate numbers from some of our most vulnerable communities, such as people who are low-income, have disabilities, or are homeless, as well as more than 40 percent of people over age 65,” according to the ACLU’s cited figures.

Included in this hesitance to adopt a digital system is also concern regarding the centralization of the system. The ACLU writes, “Unless a vaccine credential system is completely decentralized and user-centric, it creates the potential for amassing new personal data. If some big company is getting notified any time someone reads one of your credentials, that would let them track your movements and interests — the stores, concerts, and transportation venues you visit, and much more. In the absence of airtight legal protections for privacy, any such information could then be sold for commercial purposes or shared with law enforcement.”

“Fear of tracking could lead people to opt out of participation, resulting in further marginalization as they are denied access to certain public spaces. Worse, without privacy protections strong enough to create public confidence, it could even deter people from getting vaccinated in the first place.”

“While there are legitimate circumstances in which people can be asked for proof of vaccination, we don’t want to turn into a checkpoint society that outlasts the danger of COVID and that casually excludes people without credentials from facilities where vaccine mandates are not highly justified,” concluded the ACLU.

What are your thoughts on the ACLU opposing the vaccine passport, as proposed by the Joe Biden regime?