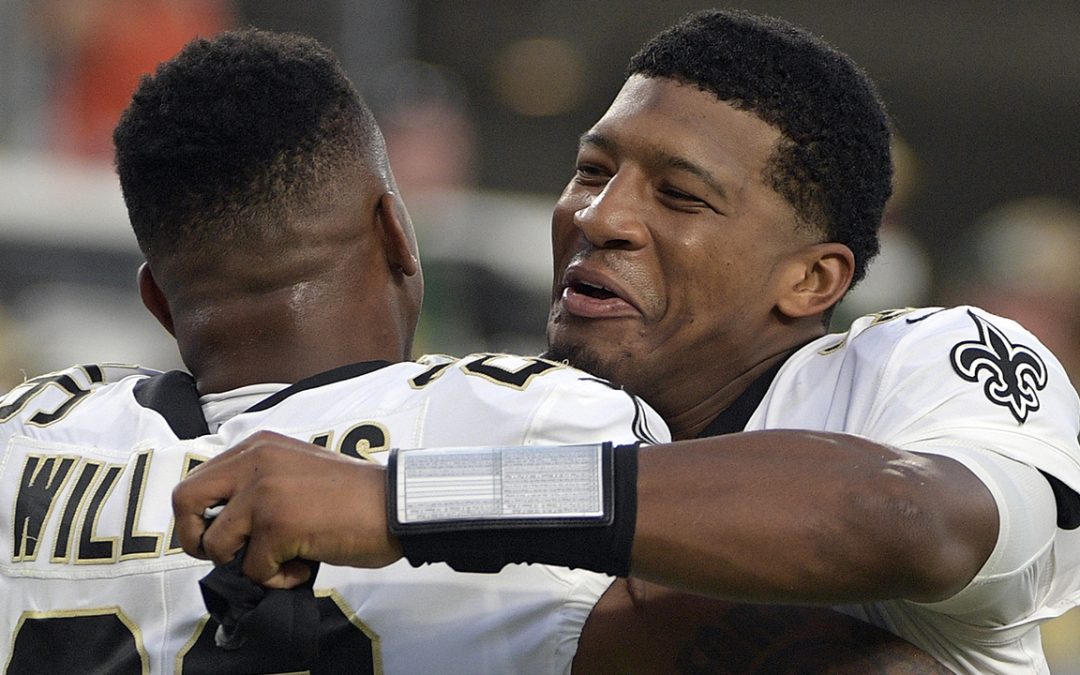 Former NFL star Robert Griffin III made an odd comment about Jameis Winston after the quarterback led the New Orleans Saints to a convincing win over the Green Bay Packers on Sunday.

Winston threw five touchdown passes in the 38-3 victory over the Packers. Griffin, who is currently an ESPN analyst, had a suggestion.

“After beating Aaron Rodgers and the Packers, Jameis Winston is now requesting strategy meetings with the Saints brass and demanding 5 crab legs, 1 for every touchdown he threw, be placed in his locker every day for consumption since he ate a W,” Griffin tweeted, referencing Winston’s 2014 shoplifting incident.

He then added that Watson can “demand whatever he wants” after his performance.

JAMEIS WINSTON DELIVERS 5 TDS FOR SAINTS IN ROUT OF PACKERS

The former Washington quarterback acknowledged he was facing some backlash in his Twitter mentions over the Winston remarks.

Winston was 14-for-20 with 148 yards and a handful of touchdowns. According to the FOX broadcast, Winston had the fewest yards thrown for any quarterback with five or more touchdown passes since 1948. He did all that in a huge victory to start the 2021 season.

Winston was named the starting quarterback after beating out Taysom Hill for the job. He hadn’t played in the starting role since he was with the Tampa Bay Buccaneers in 2019.