Facebook Admits To Censoring Biden Story — But Quickly Regrets It 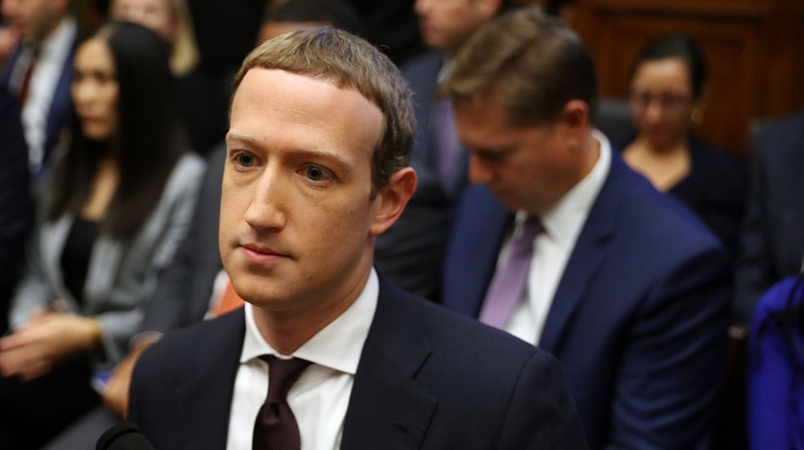 As we reported earlier here and here, the NY Post broke a big story about Hunter Biden emails found on a laptop. The emails show Hunter Biden in allegedly compromising positions. Among the emails are ones indicating that Joe Biden’s claims about knowing nothing about his son’s business are just not true.

There were also videos of Hunter Biden on the drive in compromising positions allegedly related to drugs and sexual acts.

It’s obviously a big story, especially if it calls out Joe Biden’s prior claims on the matter.

But what was surprising was the immediate reaction from Andy Stone who is the policy communications director for Facebook.

“While I will intentionally not link to the New York Post, I want be clear that this story is eligible to be fact checked by Facebook’s third-party fact checking partners,” Stone tweeted. “In the meantime, we are reducing its distribution on our platform.”

“This is part of our standard process to reduce the spread of misinformation,” Stone claimed. “We temporarily reduce distribution pending fact-checker review.”

While I will intentionally not link to the New York Post, I want be clear that this story is eligible to be fact checked by Facebook's third-party fact checking partners. In the meantime, we are reducing its distribution on our platform.

This is part of our standard process to reduce the spread of misinformation. We temporarily reduce distribution pending fact-checker review. https://t.co/vf3CBvLmjj

Seriously? This is actively trying to slow the spread of a big story because it could hurt Biden. How is this not intervening on behalf of Biden?

Censor first, ask questions later: It’s an outrageous attitude for one of the most powerful platforms in the United States to take.

Especially when Stone wears his own bias on his sleeve: The quick biography he posts on Twitter shows his long history of working for Democrats, including lefty then-Sen. Barbara Boxer and the Democratic Congressional Campaign Committee.

The Trump team blasted it as election interference, saying they were trying to prevent the American people from seeing that Joe Biden hadn’t been telling the truth about the matter.

Sen. Josh Hawley (R-MO) demanded immediate answers from Facebook about what they were doing in a letter to Mark Zuckerberg. Hawley said this selectivity appears to show “partiality” and raised questions in general about their approach. Hawley asked among other questions if Facebook had been asked to scotch the story.

So @Facebook is going to actively censor a @nypost investigative story on the Democrat candidate for president. But rest assured, Facebook is a neutral platform with no political viewpoints! https://t.co/xKnTRIWUip

Interesting that Facebook is throttling distribution of the article prior to third-party fact checking.

That's not normally how it works.

I've asked Facebook for an explanation and will let you know if I hear back. https://t.co/qJzq6XkKvg