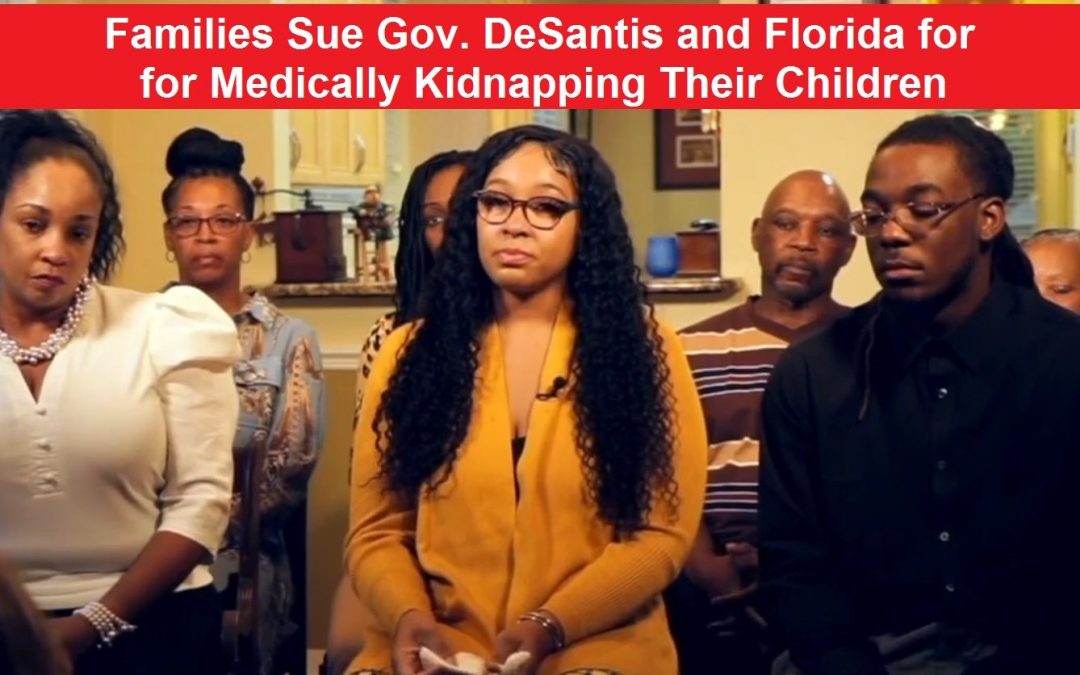 We recently reported how Florida Governor Ron DeSantis threatened parents in his state who took their children to “family friendly drag shows” by stating that he would ask Child Protection Services (CPS) to investigate these parents for “child endangerment,” although he has not issued similar threats against parents who choose to inject their children with deadly COVID-19 vaccines in Florida. See:

While most parents would probably agree that taking children to these “drag shows” is not appropriate, neither is the State threatening to take children away from their parents, when neither the parents nor the children are requesting it, appropriate either.

When the state has the power to decide who is a good parent and who is not, who gets to define what a “good parent” is? And even if there is an accepted legal definition for a “good parent,” why punish the children for the crimes of their parents? See:

Does the State Ever Have a “Right” to Remove Children from a Home?

As we have documented numerous times over the past many years, putting children into the nation’s child trafficking network called “foster care” has disastrous and deadly results, as many of these children are raped and sexually abused in foster care, and nationwide studies have shown that children who are left with their biological families, even in troubled homes, fare much better than children forced to be separated from their families and put into the foster care system. See:

Study: Children from Poor Parents, Even if they have a Drug Problem, do Worse if Put into Foster Care

Last week, Katie LaGrone with WPTV Channel 5 in West Palm Beach reported on a lawsuit with multiple families suing Gov. DeSantis and the State of Florida for medically kidnapping their children.

I have been covering this issue of “medical kidnapping” for almost a decade now, and the most common way the State removes children from their parents is through the testimony of “Child Abuse Pediatricians” whose sole job is to find parents who abuse their children, and most often they do it simply through examining medical records, such as x-rays, while never talking to the family’s own pediatrician nor even interviewing the parents to see if true abuse is happening.

We have published an eBook on this topic of “Child Abuse Pediatricians”, and for a limited time you can download it for free here. 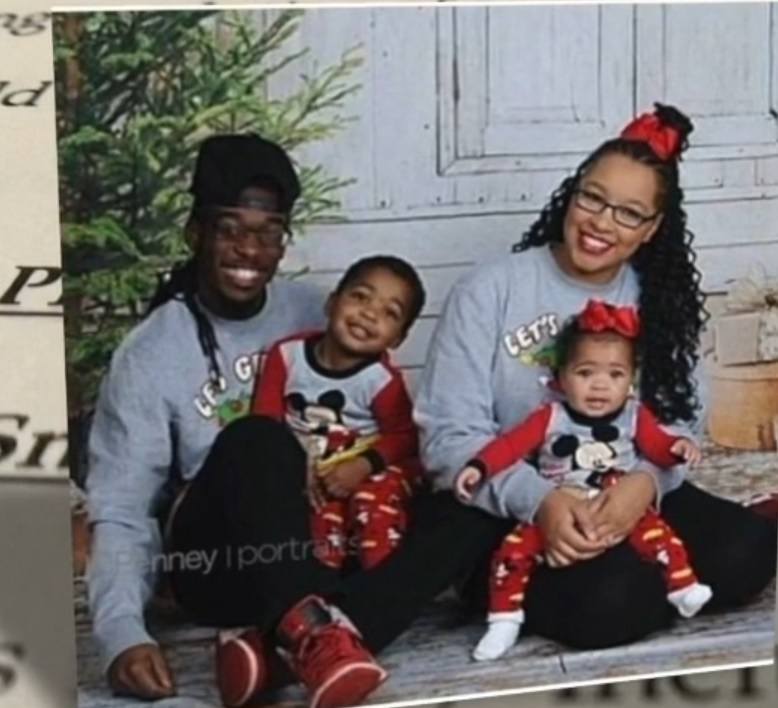 This appears to be similar to what happened to one of the families who are plaintiffs in the lawsuit, Taniyah and Rodney Williams.

With a small village of family members surrounding them, Taniyah and Rodney Williams shared, what they say, no loving parent should ever have to.

“They called us abusers and just took us from her,” Williams explained about the day her then-12-week-old daughter was taken by state child welfare workers after a nurse suspected her daughter was being abused.

The Williams now believe the system, created to protect families, not only failed them but distorted the truth to steal their daughter away from them and her biological family.

The Williams are among four Florida families now suing Florida Gov. Ron DeSantis and leaders of Florida’s Department of Children and Families (DCF) along with several other state foster care organizations.

In the lawsuit, filed in a Tallahassee federal court Wednesday, dozens of relatives across four families accused employees within the state’s foster care system of fabricating evidence, hiding and withholding key information, creating false abuse allegations, or ignoring state and federal family laws so the system workers could keep children from being placed with biological relatives and, instead, place them with system-connected people seeking children of their own.

For the Williams family, it all started in 2017 when their infant daughter showed signs of leg pain. According to the lawsuit, Williams had been in and out of her pediatrician’s office and the hospital over various medical issues involving her newborn daughter.

According to the lawsuit, her daughter’s birth was traumatic. The umbilical cord was wrapped around the baby’s neck, forcing doctors to break the baby’s clavicle during delivery to get her out, the complaint states. The baby’s birth also resulted in bruising, noted by the family’s pediatrician, court records show.

After the baby’s birth, the Williams’ made every doctor’s visit for their new daughter, the suit states. Mom had also been to the ER a few times over different issues with her daughter, including a respiratory infection. According to the 106-page complaint, the baby’s pediatrician never suspected abuse. In fact, he noted the baby has a form of brittle bone disease that made her bruise easily.

On the day the Williams brought their baby in over concerns about leg pain, doctors ordered X-rays which revealed the baby had a fractured femur and more than a dozen other fractures “in various stages of healing,” according to the lawsuit.

Following the nurse’s suspicion, mom and dad were investigated by police. According to the lawsuit, the case was closed with no criminal charges filed.

Still, DCF filed a petition to remove the baby and her brother from their parents. The young parents were eventually stripped of their parental rights.

“It broke us, it changed us and it’s always going to be a part of us missing until she comes home,” said an emotional Williams.

The couple vehemently denies they ever abused their children and are fighting to get their parental rights restored.

But their relatives said the system also broke the family by depriving biological relatives of their right to take custody of the baby.

According to the lawsuit, agencies within the state’s foster care system bypassed state and federal laws that require foster care workers to give relatives the opportunity to take custody of a child before placing that child with non-relative strangers.

On the day investigative reporter Katie LaGrone, and her photographer, Matthew Apthorp, met Taniyah and Rodney Williams, they also met more than a half dozen members who said they were each ready, willing, and able to take custody of the Williams’ daughter. But family members were, ultimately, disqualified for reasons they still don’t understand. (Source.)

The other parents that Katie interviewed had similar stories:

“I can’t even describe the pain that we experienced as a family,” explained Judy Miller, who said, she and other family members were also unjustly disqualified from taking care of a baby relative who was also removed from her family.

Miller moved to Florida from Illinois to care for her granddaughter after her daughter and son-in-law’s parental rights were terminated over allegations of abuse.

While the baby’s biological parents deny they did anything wrong, Miller said she was one of eight family relatives ready, willing, and able to take custody of the baby, but who were all rejected by the system.

“They did two home studies and they were both approved,” Miller said of her attempts to gain custody of her granddaughter. Miller is also seeking legal action and named in the suit.

According to the complaint, caseworkers rejected Miller as a suitable guardian for her grandbaby because Miller’s “bond with her daughter was too close.”

Instead of family, the lawsuit states the baby was placed with a stranger, “system-connected.”

“You can’t write off the whole family,” said Anna DaCosta and her husband.

Their daughter’s half-sister was also removed from their biological family because DCF, against committee recommendations according to the complaint, placed the young girl with a non-relative, foster-system connected person after the baby’s mother lost her parental rights.

“She was a pretty little blond-haired, blue-eyed baby. Of course they wanted her,” said DaCosta. (Source.)

This problem of state-sponsored child kidnapping and trafficking, is systemic in Florida, and NOT rare.

“It’s happening all over Florida,” said attorney Octavia Brown of Community Law for Families and Children. She’s part of a team of attorneys who filed the complaint.

When LaGrone suggested the lawsuit accused kidnapping by and within the system, Brown responded “what else do you call it? If there is someone who is connected to the system and they see a child that they want, they are going to get the child.”

Brown is also a former insider who worked as an attorney for DCF and other agencies representing Florida’s foster care system.

She explained how some staff members who collaborate to deliberately keep a child from being placed with biological relatives can get away with it.

Brown said young parents and poor families are most vulnerable to what they dub as “internal diversion” practices.

“Because those families don’t have the money to fight the bogus allegations,” Brown said. (Source.)

Read the full article at WPTV. Katie LaGrone did an incredible job in covering this lawsuit and giving a voice to the families who had their children kidnapped, and a copy of the entire lawsuit can be found there also.

Here is the video with some of the family members she interviewed. This is on our Bitchute Channel, and will also be on our Odysee Channel and Telegram Channel.

As I have previously reported, Conservatives, and specifically Evangelical Christians, are the main ones holding up the nation’s Foster Care system, due to a false theology called “Orphan Care,” and if these churches and Christian groups got out of bed with the Satanic U.S. Government, and stopped participating in the very evil and corrupt child welfare and Foster Care system, the system would be crippled, and many lives of babies and children would be spared.

But no one in the Conservative Evangelical Christian movement wants to touch this issue, which brings in great revenue and babies for those who want them. See: