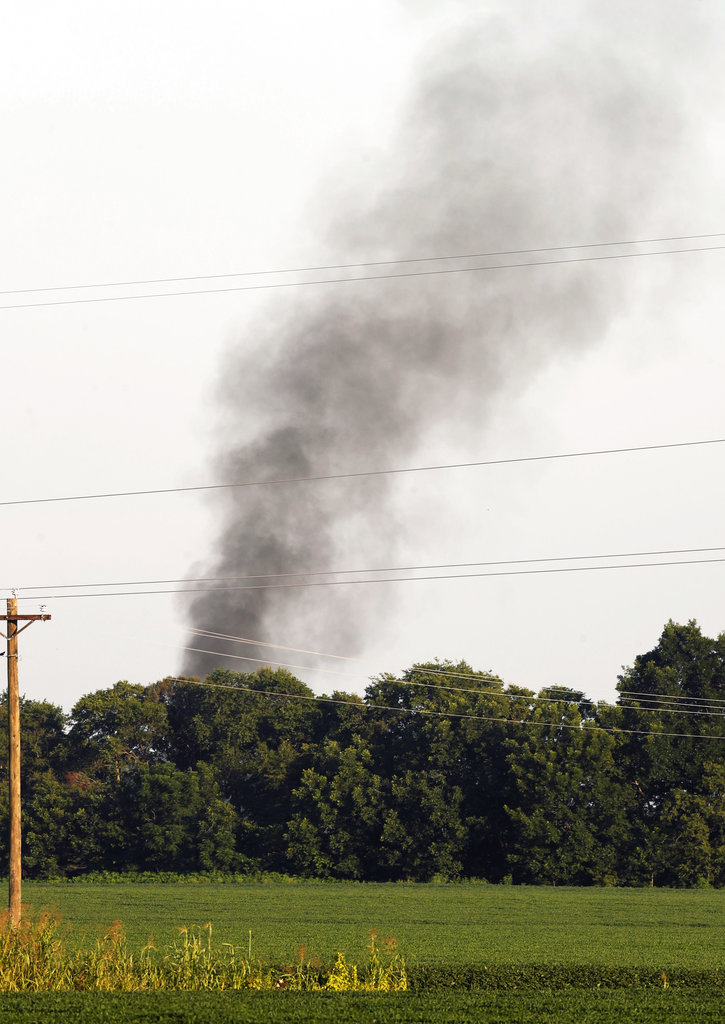 FILE – In this July 10, 2017, file photo, smoke rises in the air after a military transport plane crashed into a field near Itta Bena, Miss., on the western edge of Leflore County, as seen from U.S. Highway 82. . (AP Photo/Andy Lo, File)

Investigators recently announced the July 2017 military crash that left several people dead could have been prevented.

On Wednesday, officials revealed that the U.S. Marine Corps KC-130T aircraft, which crashed in a Mississippi soybean field, was primarily caused by a faulty propeller blade. The propeller reportedly corroded and tore through the aircraft mid-flight, forcing it to plummet more than 20,000 feet to the ground. 15 Marines and one Navy corpsman were killed as a result of the crash.

Investigators say the part didn’t receive necessary maintenance while it was under service in 2011, leading to the build-up of corrosion. The propeller then cracked, leading the blade to fully detach from the aircraft

According to officials, the part should have undergone routine maintenance, but the proper procedures clearly were not followed.

“The procedures that were in place in 2011, those procedures, if properly done, should have detected that corrosion in 2011,” stated Brig. Gen. John Kubinec, commander of the Warner Robins Air Logistics Complex. “The corrosion should have been detected — why it wasn’t, we don’t know.”

The widow of Staff Sgt. William Kundrat, who was killed in the incident, recently described her life since his death knowing now that the crash should very well have been prevented.

“It kills me inside because my children could still have their dad, I could still have my husband,” said Ashley Kundrat. “This was not an act of God, this could have been prevented, the guys could still be with us today had they just done their job.”

Officials went on to say maintenance records are destroyed every two years, so the person responsible for the devastating mistake may never be held accountable.