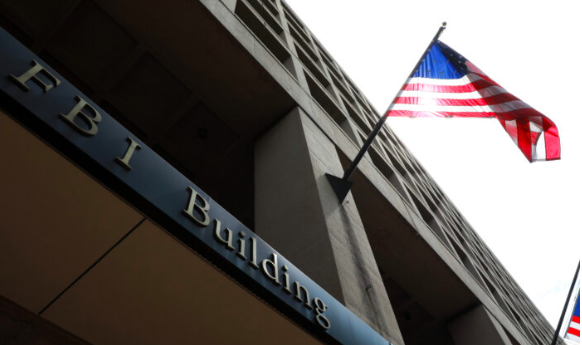 An unnamed whistleblower disclosed documents suggesting that the FBI is using its counterterrorism resources to investigate parents or individuals who threaten school board members, teachers, or other staff, according to a letter sent by the House Judiciary GOP dated Tuesday.

The GOP letter included copies of the documents allegedly sourced from the FBI whistleblower that included an email sent by Carlton L. Peeples, who serves in the bureau’s Inspection Division, saying that the Counterterrorism and Criminal Division “created a threat tag, EDUOFFICIALS, to track instances of related threats.”

“We ask that your offices apply the threat tag to investigations and assessments of threats specifically directed against school board administrators, board members, teachers, and staff,” the email reads. The email was signed by Counterterrorism Division Assistant Director Timothy Langan and then-Criminal Division assistant director Calvin Shivers.

In their letter on Tuesday, the Judiciary Republicans said that Attorney General Merrick Garland testified in front of a House panel that the FBI and Department of Justice were not using counterterrorism resources to target threats against school board members. However, the newly unveiled document, they argued, disproves Garland’s comments.

“The FBI has never been in the business of investigating parents who speak out or policing speech at school board meetings, and we are not going to start now,” the FBI told the Wall Street Journal on Tuesday. “We are fully committed to preserving and protecting First Amendment rights, including freedom of speech.”

According to House Judiciary Republicans, the whistleblower’s disclosure is evidence that federal law enforcement used counterterrorism resources at the behest of a “left-wing special interests group” to go after parents, referring to a letter that had been sent by the National School Boards Association several weeks ago linking parents who are concerned about school curriculum to domestic terrorists. It further said that the FBI and federal agencies should use the PATRIOT Act and other tools to go after parents.

After the initial letter was sent by the National School Boards Association, Garland issued a memorandum directing the FBI to address an alleged “spike in harassment, intimidation, and threats of violence” and create “dedicated lines of communication for threat reporting” on the matter. But on Oct. 23, the school boards group issued an apology to the White House over the language included in the letter.

Now, the whistleblower’s disclosure “calls into question the accuracy and completeness” of Garland’s testimony before the House Judiciary panel last month.

“If … you were aware of the FBI’s actions at the time of your testimony,” the Republicans wrote, the document “shows that you willfully misled the committee about the” Department of Justice’s use of counterterrorism tools to target parents.

During the House Judiciary Committee hearing, Garland denied allegations that his agency would label concerned parents as domestic terrorists.

“Justice Department supports and defends the First Amendment right of parents to complain as vociferously as they wish about the education of their children, about the curriculum taught in the schools,” he told lawmakers on Oct. 21.

Garland also suggested that Republicans were mischaracterizing his memorandum, saying it only pertains to threats of violence aimed at school employees and teachers.

“This is not about what happens inside school board meetings,” the attorney general remarked. “It’s only about threats of violence and violence aimed at school officials, school employees, and teachers.”

After the National School Boards Association issued its initial letter, dozens of school boards around the United States have cut ties with the group. On Monday, the Kentucky School Board Association said its members voted to withdraw their membership.

The FBI and Department of Justice have not immediately responded to requests for comment.