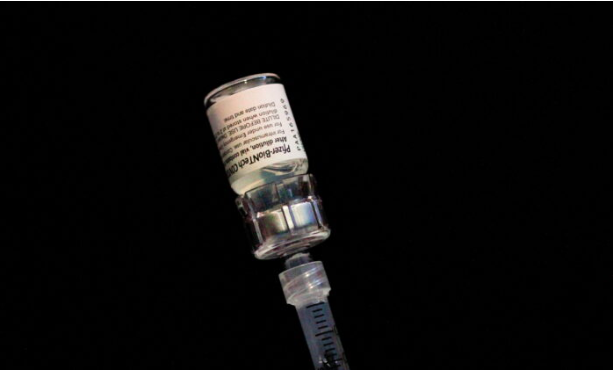 The Food and Drug Administration (FDA) on Friday authorized boosters of the Moderna and Pfizer COVID-19 vaccines for all Americans 18 or older.

“The FDA has determined that the currently available data support expanding the eligibility of a single booster dose of the Moderna and Pfizer-BioNTech COVID-19 vaccines to individuals 18 years of age and older,” Dr. Peter Marks, director of the FDA’s Center for Biologics Evaluation and Research, said in a statement.

Those who got a booster had higher antibody levels than those who did not.

Studies and real-world data show the vaccines protect well against infection and hospitalization in the months after the primary series. But after a certain point, the antibody levels begin dropping and the effectiveness plummets against infection and decreases to a lesser extent against severe disease.

The drop is more pronounced in the elderly and those who have serious underlying health conditions like obesity.

Health officials previously tried to expand access to boosters to everybody but were effectively blocked by the FDA’s vaccine advisory panel, which voted against the move. The FDA could have overruled the recommendation but did not. Instead, the agency took up a separate recommendation to make a booster available to everybody over 65 and certain groups 64 and under.

The FDA has now side-stepped its vaccine advisory panel in making boosters available to anybody 18 or older.

“I think it would have been of value for the public to hear an open discussion about the need for boosters. I wish we had had the chance to discuss this,” Dr. Paul Offit, director of the Vaccine Education Center at Children’s Hospital of Philadelphia, and a panel member, told The Epoch Times in an email.

He said in an email that he wasn’t sure why the FDA didn’t convene the panel.

“There was some reluctance on the committee to say that everyone needed boosters, and perhaps they wanted to move this ahead without much controversy, but that is just speculation,” he said. “I think the data support giving boosters, and with cases rising in some parts of the U.S., it makes sense to boost protection rather than wait until antibodies decline to the point that the individual is put at risk for serious disease.”

The FDA said it did not hold a meeting because “the agency previously convened the committee for extensive discussions regarding the use of booster doses of COVID-19 vaccines and, after review of both Pfizer’s and Moderna’s EUA requests, the FDA concluded that the requests do not raise questions that would benefit from additional discussion by committee members.”

Outside experts were divided on the move.

“With rising cases amongst vaccinated nationally, I think this is the right move,” Dr. Leora Horowitz, director of director of NYU Langone’s Center for Healthcare Innovation and Delivery Science, wrote on Twitter.

But Dr. Walid Gellad, an associate professor of medicine and health policy at the University of Pittsburgh, said there appeared to be no new safety data on Moderna boosters for young men. He noted that multiple countries have paused or restricted use of the jab in people under 30 because of the heightened side effect risk and that the FDA delayed a decision on authorizing the vaccine for 12- to 17-year-olds because of the risks.

“Can’t just ignore all of this,” he said.

Both Moderna and Pfizer boosters are available under emergency use authorization, or EUA.

The Moderna one is 50 micrograms, half the dosage of each primary series shot. Pfizer’s is unchanged at 30 micrograms.

Albert Bourla, Pfizer’s CEO, said that he hoped boosters for all “will help accelerate our path out of this pandemic.”

Moderna CEO Stéphane Bancel said the widening of booster access “comes at a critical time as we enter the winter months and face increasing COVID-19 case counts and hospitalizations across the country.”

Nationwide COVID-19 cases started dropping in early September. They went down 88 percent by Oct. 24, according to federal data. Cases have started ticking up since then, reaching about 110,000 on Nov. 17.

Hospitalizations with COVID-19 followed a similar track, but have barely gone up after reaching on Nov. 6 the lowest number since late July.

A rising share of both metrics, as well as COVID-19 deaths, have been among the vaccinated in recent months.

COVID-19 is the disease caused by the CCP (Chinese Communist Party) virus.