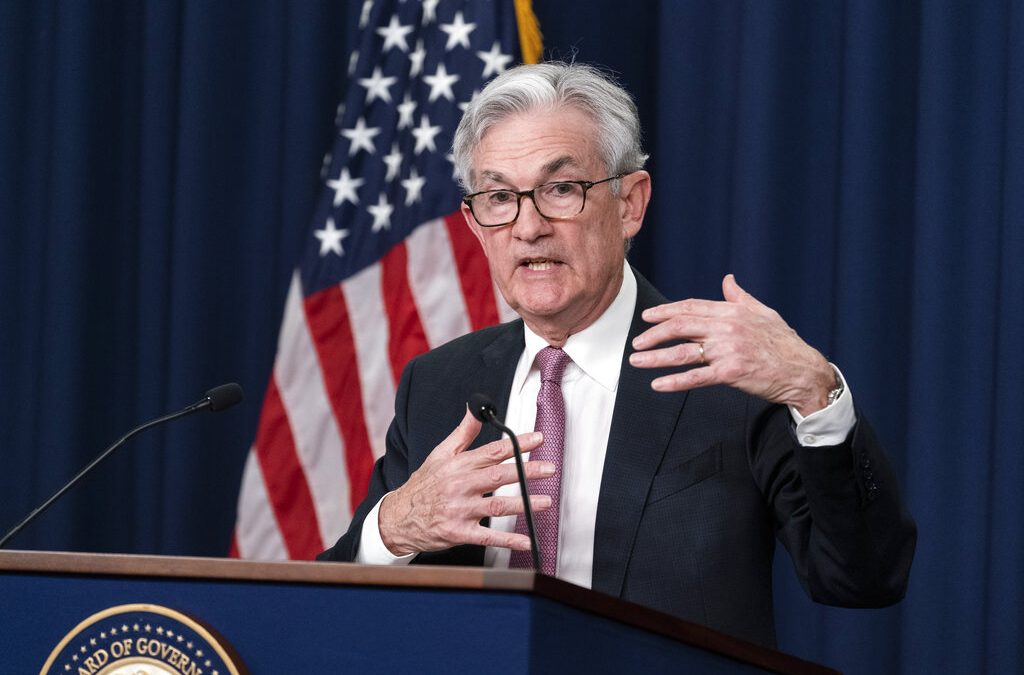 FILE – Federal Reserve Board Chair Jerome Powell speaks during a news conference at the Federal Reserve, Wednesday, May 4, 2022 in Washington. The Federal Reserve is expected to announce its largest interest rate hike since 1994 — a bigger increase than it had previously signaled and a sign that the central bank is struggling to restrain stubbornly high inflation. (AP Photo/Alex Brandon, File)

As expected by many, the Federal Reserve is undertaking the biggest interest rate increase since 1994. On Wednesday, Fed Chair Jerome Powell announced the Central Bank is raising interest rates by 0.75 percent, which is up to a range of 1.5 to 1.75percent.

This is the Fed’s latest attempt to bring down record-high inflation, which hit 8.6 percent in May. This marks the highest level in more than 40-years. Last month, the Fed raised interest rates by 0.5 percent, which was the biggest single rate hike since 2000.

A new poll has suggested a majority of Americans believe the country is headed in the wrong direction. In the Politico/Morning Consult survey released Wednesday, 74 percent of respondents said things in the US have gotten off on the wrong track compared to just 26 percent who said things are headed in the right direction.

The poll also found 56 percent of respondents disapprove of the job Democrat President Joe Biden is doing in the Oval Office. This may comes as no surprise as high inflation, supply chain issues and other economic issues have prompted concerns of a potential recession.

Meanwhile, the Federal Reserve is expected to announce more hikes later this year, despite fears it may cause a recession, as officials are trying to bring inflation down to 2 percent. This comes as inflation woes have continued to hurt pocketbooks of every day Americans.