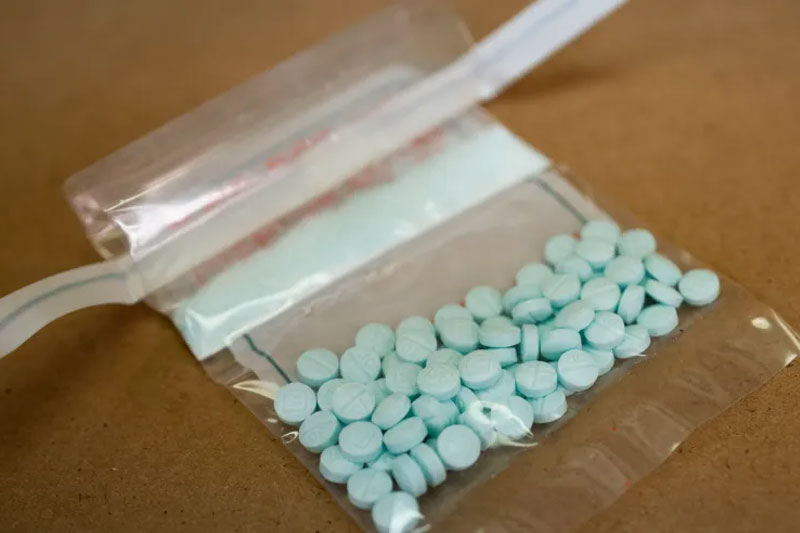 Federal officials issued a warning about the devastating impact the Fentanyl crisis is having on the nation.

During a press conference on Monday, U.S. Attorney for the Central District of California, Martin Estrada, said that fentanyl is the number one cause of death for young people. Last year there were over 71,000 fentanyl related deaths nationwide. 1,600 of those occurred in Los Angeles County. Officials pointed out that Los Angeles County has become a top distribution center for Mexican cartels to traffic the drug.

“We’re here to discuss a public health crisis,” Estrada said. “Fentanyl is one of the greatest dangers facing our community today in terms of welfare, particularly the welfare of our youth. It demands our full attention. This drug has taken the lives of too many young people, many who are not addicts but took counterfeit pills not knowing they contain Fentanyl.”

According to Eddie Wong, an acting special agent for Homeland Security in Los Angeles, HSI has seen an 80% spike in the amount of Fentanyl confiscation in Los Angeles over the last three years.

“We have a very serious mental problem here in Southern California,” Bodner said. “The reason we have this problem is the drug cartels, the Sinaloa cartel, the Jalisco new generation cartel. They’ve decided that Fentanyl is going to be that problem. Why did they make this decision? Because they can make these pills for 13 cents and they can sell them up here to the end user for several dollars, anywhere from $5 to $10 or $12.”

The officials concluded their presser by saying that their main goal is to educate people. They also urged every parent and guardian to educate their children about the dangers of purchasing illegally manufactured drugs online.