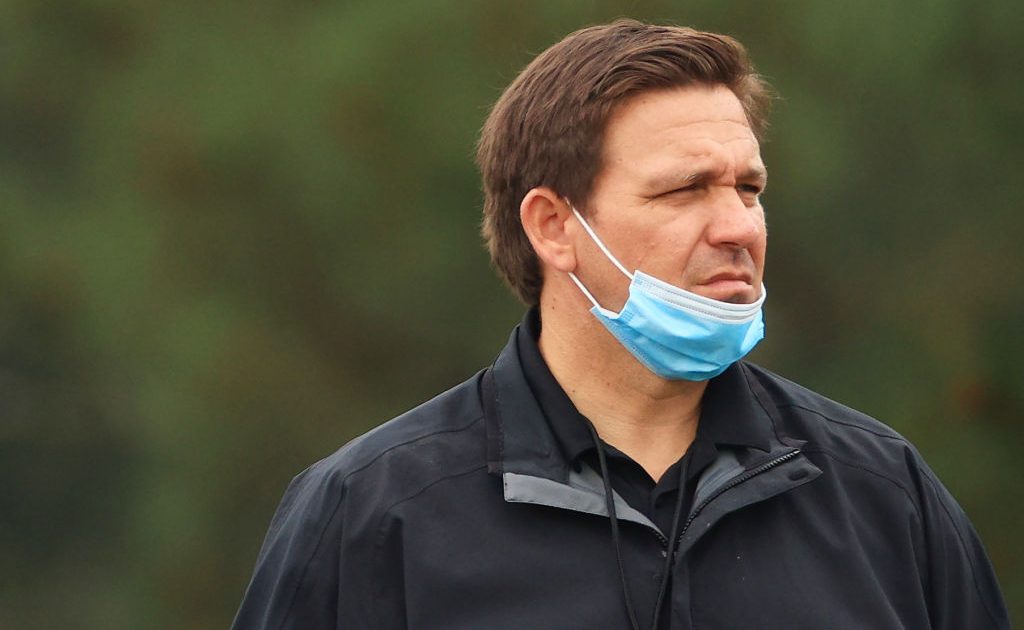 AUGUSTA, GEORGIA – APRIL 10: Florida Gov. Ron DeSantis looks on during the third round of the Masters at Augusta National Golf Club on April 10, 2021 in Augusta, Georgia. (Photo by Mike Ehrmann/Getty Images)

The Republican-led legislature in Florida has made strides toward clamping down on potential future voter fraud by passing a bill and sending it off to the governor’s desk. On Thursday, reports said the bill passed in both the House and Senate, with Governor Ron DeSantis (R) signaling he’ll sign it.

The conservative leader actually called for the legislation back in March at his State of the State Address.

“So we did it right, but we need to make sure our elections are always transparent and run efficiently,” Gov. DeSantis said. “There should be no ballot harvesting in the state of Florida. One person, one vote. Not bring in hundreds of ballots without any supervision. We also can’t allow private groups to pour millions of dollars into the administration of our elections. This is a public function and should be done without the type of private interference that we saw in other states. So let’s stay ahead of the curve on election administration. We never want to see the chaos of 20 years ago rear its ugly head in the state of Florida ever again.”

The legislation would add I.D. requirements for voters requesting to vote by mail, would make voters request mail ballots for each federal election instead of once every four years, and would limit some dropbox location and hours.

The bill would also restrict someone’s ability to drop off ballots to family members as well as how many ballots could actually be dropped off by one person.

Lawmakers have argued these changes will make the state’s election system even better.

“There’s really no voter suppression here, but we are trying to make sure,” Florida State Sen. Dennis Baxley (R) said. “Let’s don’t wait until we have a debacle to make sure we’ve got this thing orderly so that mishaps don’t occur.”

The bill came as several states have already passed election integrity laws, including Georgia, Iowa and Montana. Other states, such as Arizona, Michigan and Texas have said they’re looking at election laws of their own.