Florida’s Education Association wants to increase the $1 billion budget proposed by Governor Ron DeSantis to $2.4 billion, which would give teachers and staff a 10 percent raise. Teachers fear the current budget is not enough and some believe other resources are being neglected.

Concern for the governor’s proposal to raise teacher’s minimum starting salaries to a little more than $47,000 has frustrated seasoned teachers. In some cases, teachers that have been working for as long as 15 years don’t even make $47,000 a year. 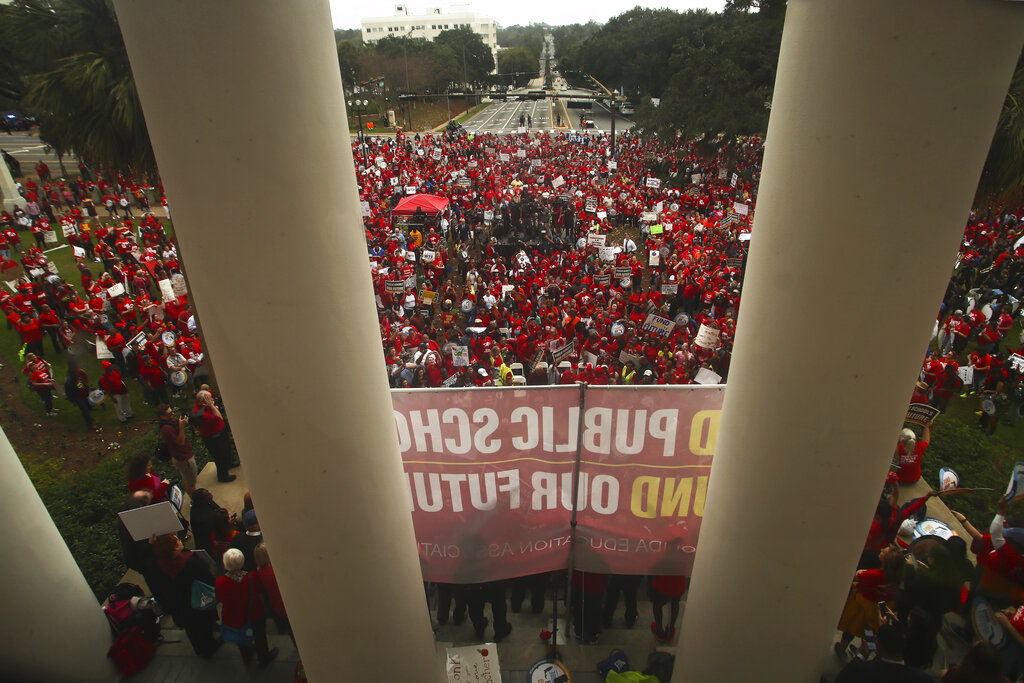 Many other problems plaguing Florida’s public school system include under staffing, underpaying veteran teachers and teacher retention. While the state is ranked 46th in education funding, many protesters argued the students deserve better.

Educators wanted to express their concerns to the governor and state legislators before they kicked-off their 60 day legislative session, which officially started on Tuesday.