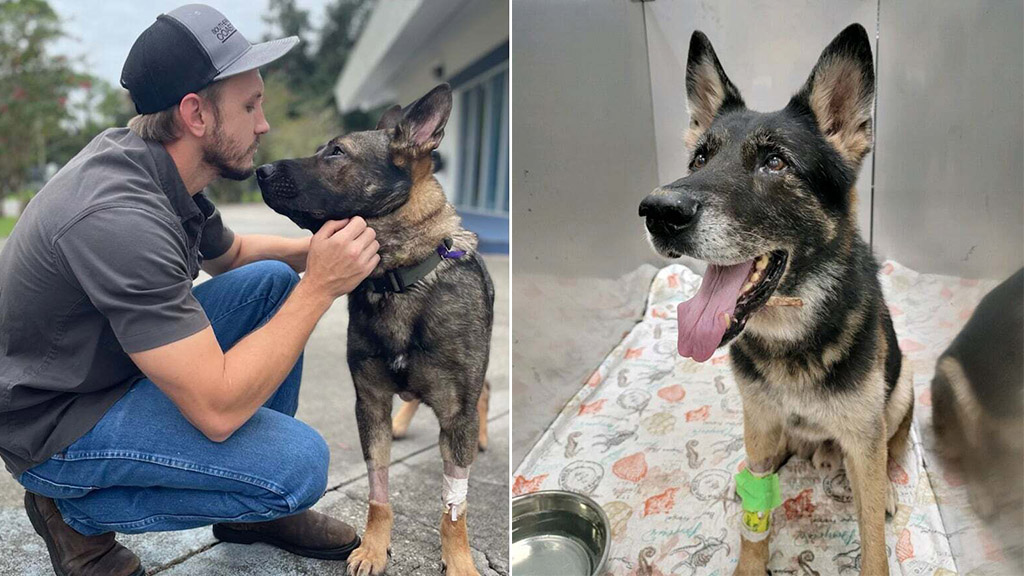 A top Florida lawman praised two K-9 officers shot by a carjacking suspect over the weekend and said they may have taken the bullets intended for their handlers.

“There is no doubt that K-9 Ax and K-9 Endo took bullets that were meant for my deputies, because if the deputies would have gone into the woods, the first person to come into contact with [the suspect], without a doubt, would have been shot,” Volusia County Sheriff Mike Chitwood said at a press conference Saturday afternoon.

A Lyft driver told police that shortly before midnight on Friday, he picked up a passenger and drove him to a remote area north of Orlando. The passenger allegedly forced the driver out of the vehicle at gunpoint then fled. The suspect was identified as 21-year-old Shedrick Singleton Jr.

The stolen Kia Sedona minivan was located a short time later and the suspect bailed into a wooded area.

Police released dramatic body camera footage that they say shows Deputy A.J. Davis and K-9 Ax approaching the suspect about 10 minutes later. The K-9 suffered a gunshot wound to his face after entering the wooded area in a hunt for the suspect, police said. The dog was treated at a nearby 24-hour veterinarian.  K-9 Endo was also struck multiple times and rushed to a veterinarian for treatment.

Roughly an hour and a half later, responding officers spotted the suspect coming out of the woods and closed in, exchanging gunfire as they tried to apprehend him, police said.

Singleton was also struck by police gunfire and transported to the Central Florida Regional Hospital with life-threatening injuries. He is facing charges of armed carjacking and use of a deadly weapon against a police K-9.