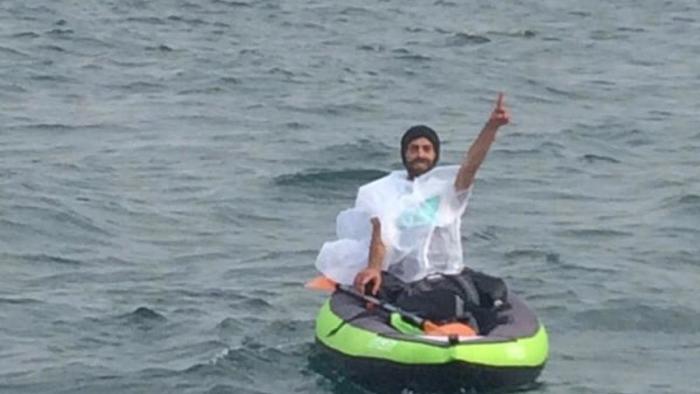 File this story under “…you know things are bad when…”

2021 has seen an unprecedented surge in migrants fleeing the devastating beauty, culture, and freedom of France, to take the extremely perilous journey across The English Channel to make their future homes in England’s green-and-pleasant (and welfare-heavy) land.

A recent survey found that most Britons support tougher measures on people entering the country illegally. In fact, 61% believed that a migrant who comes to the UK from a ‘safe country’ (for example France) shouldn’t be allowed to stay in the UK as an asylum seeker. Of course, the UK’s plans to stop people entering the country have been criticised by charities including Refugee Action, which has called them “extreme and nasty”.

And still they come, despite UK Home Secretary Priti Patel providing funding for French officials to “respond by posting more security forces further up the coast, installing and utilising the latest surveillance equipment throughout northern France,” and Brexit has no effect at all (in fact it’s got worse).

A record 1,185 migrants crossed the Channel in small boats last Thursday, and, as The BBC reports, a day later three migrants were reported missing after trying to cross the Channel in canoes.

The UK government said the record number of crossings was “unacceptable” and called on France to do more to prevent migrants from making the often dangerous journey.

So now, as LaVoixDuNord.fr reports, European sporting retailer Decathlon has pulled canoes from sale in northern France to stop migrants from using them to cross the English Channel.

“The purchase of canoes will no longer be possible… given the current context,” Decathlon told the AFP news agency, confirming local media reports.

It added that “people’s lives would be endangered” if they were used by those hoping to reach England.

Kayaks, light inflatable boats and even paddles are the means of crossing for the poorest migrants .

This is confirmed by Bernard Barron, president of the National Society for Rescue at Sea (SNSM) in Calais .

“Those who use these boats, which are less numerous than those equipped with an engine, are not associated with a network of smugglers, they buy an inflatable kayak for three people for € 300. We picked up a lot of migrants in difficulty on kayaks last summer . “

Decathlon Calais, which removed kayaks from its shelves on Friday, will however still sell safety equipment at sea (vests, oars, thermal protection, etc.).

It remains to be seen whether this exceptional measure, which can only concern Calais, will be followed by other brands on the coast.