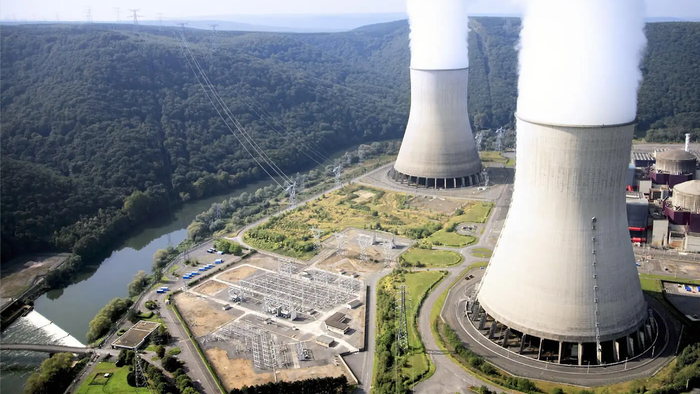 EDF is the world’s largest owner of nuclear plants. It reported Friday that its fleet of nuclear reactors is expected to produce between 275 and 285 terawatt-hours of energy this year, down from the range of 280 and 300 terawatt-hours.

The reduced outlook comes amid a series of strikes at nuclear plants across the country that delayed planned maintenance work. Nuclear power generation has been sliding all year due to technical issues, and about half of the country’s 56 reactors are shuttered.

“The situation changed drastically this year, when France swung from being one of Europe’s largest exporters of electricity to a net importer because of issues with its reactors. The outages worried officials that France and the broader region might run short of electricity in the winter, when power demand in Europe peaks,” Bloomberg said.

News of nuclear troubles sent French power contracts sky-high, surging as much as 24%. Dutch natural gas futures, Europe’s benchmark, briefly moved higher on the news but gave up all gains and slid on the continued warm spell across Europe.

Two weeks ago, we wrote in a note that “Germany May Stave Off Worst Of Energy Crisis As Mild Temps Forecast Through Mid-November.” Then, earlier this week, we noted the warm spell across Europe is about to end.

Weeks of mild weather and ample EU NatGas stockpiles have delayed the energy crisis, though it will only take a few cold snaps before it reemerges.

“Therefore, we see little reason why spot gas prices will not rise again as Europe will need to compete for available LNG cargoes and supplies against Asia, particularly as China reopens in the future,” analysts at Sanford C Bernstein & Co. wrote in a note to clients on Friday.