When Georgia’s anti-mask laws were scrawled into state code some 60 years ago, supportive legislators sought to curb anonymous violence by hooded Ku Klux Klansmen. But apparently, when a group as racist as the KKK is also posing as a religion – Islam – the law goes out the window. 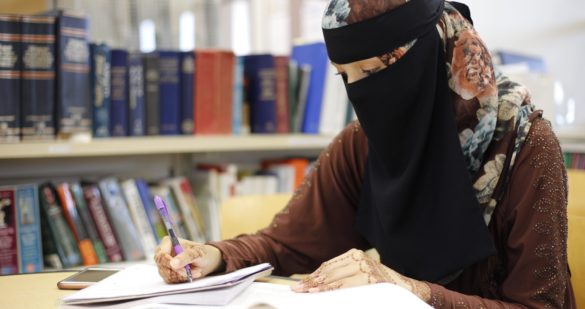 Signal  Georgia State student Nabila Khan (above) never guessed such a law would bring into question her niqab, a veil worn by some Muslim women which covers everything but the eyes.  On Aug. 25, during Khan’s first week of college, one of her teachers held her after class to request she not conceal her face. Khan refused, claiming such an ask violated her right to freely exercise her religious beliefs.

Khan said she feels proud and “protected” when wearing her black headbag. “This is the only way I can practice my religion the way I believe it’s meant to be practiced,” she said. (Crap, there is NOTHING in Islam that forces women to cover their faces. Only misogynistic Muslim men do that)

However, Georgia’s anti-mask law states any “device which conceals the identity of the wearer” is only allowed when used for physical protection or on certain holidays.

The teacher, who will remain unnamed in this article at Khan’s request, noted on the class syllabus that students should not “obscure the face” in class. The teacher also gave Khan a copy of the state law when she declined the request to take off her niqab.

But under threat of legal action from designated terrorist group CAIR, the university quickly caved. University spokeswoman Andrea Jones told The Signal, “The university is public property and there is nothing in the code of conduct that specifically addresses Muslim face covering,” she said. 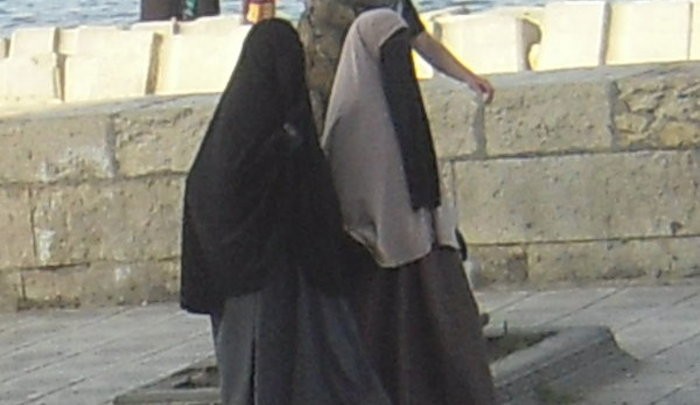 Edward Mitchell, chapter president for Georgia’s Council for American-Islamic Relations (CAIR), said he’s glad that university officials quickly directed the teacher to allow the niqab, but he understands that “here in Georgia, [a niqab] can make for a very unusual sight.”

Cue state Sen. Vincent Fort, a legislator representing Atlanta. “I’m going to call the legal council about it,” he told The Signal. “It seems ironic that a bill or a law passed to restrict the activity of a group that has its core beliefs in hatred toward diversity would be used to restrict the religious freedom of people who are expressing [their constitutional rights],” he said.

(Hey Vincent, Muslims have the same hatred toward diversity as the KKK. Ask them what the word for ‘slave’ is in Arabic – It’s ‘black.’ Or ask them what the quran tells them to do to all non-believers like Christians and Jews – it says to convert or kill them) 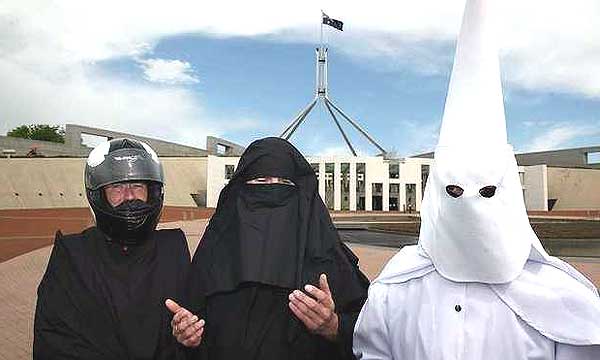