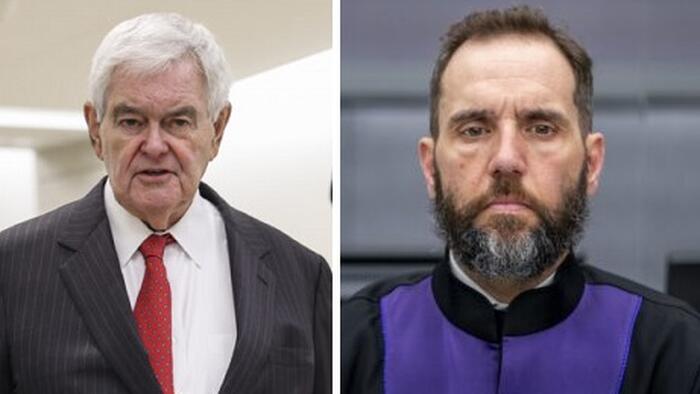 Authored by Eva Fu via The Epoch Times (emphasis ours),

The newly appointed special counsel to oversee probes related to former President Donald Trump is a “left wing hatchet man” in pursuit of a “witch hunt,” according to former House Speaker Newt Gingrich.

Attorney General Merrick Garland’s pick for the role is Jack Smith, a registered independent and a veteran federal prosecutor who most recently served as the chief prosecutor of the special court in The Hague.

Coming days after Trump officially declared his 2024 presidential candidacy, the appointment put Smith in charge of two investigations: one involving Trump’s handling of classified materials in Mar-a-Lago, and another on the alleged interference of the transition of power following the 2020 presidential election and the certification of electoral votes.

While proponents of the move have applauded Smith’s appointment, pointing to his long career fighting corruption, Gingrich, an Epoch Times contributor, does not agree.

“This guy is not an independent counsel. He’s a left wing hatchet man,” he said in an interview, describing Garland’s choice as “outrageous.”

“I think the Justice Department figured out that when Trump announced for president that they couldn’t just continue the normal process, because they have always avoided prosecuting candidates,” he said.

“But what they’re doing is it absurd,” he added.

“Most Americans will rapidly figure out this is one more example of the kind of witch hunt that has been dealing with the whole process of the Trump candidacy, starting in 2015.”

While Smith, in a statement, pledged to carry out the investigations “independently and in the best traditions of the Department of Justice,” Gingrich remains skeptical, citing Smith’s record working under the Obama administration.

During the five years serving as the Justice Department’s public integrity chief from 2010, Smith oversaw the conviction of former Virginia Governor, Republican Bob McDonnell, on bribery and extortion charges. The Supreme Court later unanimously reversed the conviction, ruling that the government’s “boundless interpretation of the federal bribery statute” was unconstitutional.

The former speaker called Smith’s impartiality into question, citing his involvement in what Gingrich called the IRS scandal. The House Oversight Committee in 2014 found Smith to be responsible for arranging a meeting with an official in the Internal Revenue Service (IRS) to scrutinize nonprofits’ political activities. This meeting would set in motion the IRS’s campaign targeting Tea Party groups, which later resulted in a public apology from the agency and a $3.5 million Justice Department settlement for two lawsuits.

Gingrich also pointed to the absence of similar treatment to Democrat politicians, such as former Secretary of State Hillary Clinton, who used a private email server for government business, and the president’s son Hunter Biden, whose foreign business dealings are set to be a top focus of a new Republican House from January.

“I think that it is strange that they can find one more excuse to go after Donald Trump even though he keeps getting found innocent, but neither Hillary Clinton nor Hunter Biden have gotten independent counsel, and it tells you how corrupted the system is,” Gingrich said.

Rep. James Comer (R-Ky.), who is in line to chair the House Oversight Committee, said the committee Republicans have found business deals by the Biden family in more than 50 countries, including Russia and China which were often led by Hunter. They also allege that the elder Biden had knowledge of and was involved in some deals.

Tony Bobulinski, Hunter’s former business partner, has welcomed Republicans’ plan to probe the Biden family’s business operations in the hopes that it will prove the senior Biden played a part.

Gingrich was at Trump’s Mar-a-Lago resort when the news of the special counsel appointment came out. Trump, he said, seemed “very balanced,” “positive, and cheerful.”

“He knew what they were doing. He’s been through this now for six years,” he said.