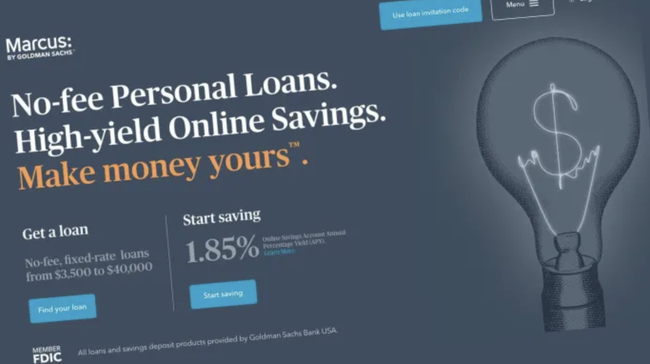 Three years in, the Marcus project has lost $1.3 billion, making it “a money pit,” according to WSJ. Apparently, despite the adoption of the ‘Marcus’ brand and its partnership with Apple, regular Americans simply don’t trust Goldman Sachs. In a lengthy feature about Goldman’s floundering consumer-banking efforts, WSJ details some of the embarrassing miscalculations, as well as other factors that have contributed to the unit’s troubles.

One of the earliest errors: The bank didn’t hire a team of debt collectors to retrieve delinquent debts from its Marcus consumer-lending customers. This led to higher-than-anticipated default rates in the early years.

Fortunately, the bank has realized that this model is untenable, and has decided to hire a team of debt collectors, despite misgivings about contributing to Goldman’s already-entrenched reputation as an aggressive bank that puts its own needs above its clients.

Marcus has also since pulled back on its non-collateralized consumer loans since they are often “the first to go bad in a recession.”

Meanwhile, the kind of loans Marcus offers are the first to go bad in a recession and aren’t backed by collateral, as home mortgages are. Goldman pulled back on consumer lending this year after losses were higher than expected, people familiar with the matter said.

Though the bank likes to tout the fact that it has attracted $50 billion in deposits to its online lending platform, a new source of low-cost funding (every $10 billion in deposits saves Goldman $100 million a year in funding costs, the bank says), Marcus hasn’t lived up to the promise of its conception, which occurred during an executive retreat in the Hamptons back in 2014.

At the time, the bank’s leadership decided that, with the loss in trading revenue likely to remain permanent, its best bet at guaranteeing growth going forward would be to try and outdo Bank of America.

Even when it partnered with Apple to release Goldman’s first credit card, the Cupertino-based consumer-tech giant took great pains in its marketing of the card to try and minimize Goldman’s role – for fear of scaring off customers wary of the ‘Vampire Squid’.

When Apple unveiled the credit card on stage in March in Cupertino, Calif., it did so with a zinger: “Designed by Apple, not a bank” Mr. Solomon and other Goldman executives watched from the audience. The same line was repeated in ads that Apple ran promoting the card.

In what WSJ described as a ‘final snub’ against Goldman, Apple barred Marcus execs from overseeing the card’s launch.

In a final snub, Marcus executives weren’t allowed into a Tribeca loft that served as Apple’s command center in the days leading up to the card’s launch in August.

So far, Goldman’s first credit card has been a major drain on the bank’s resources, forcing its consumer-lending arm to delay other projects.

Even beyond the roughly $300 million Goldman spent to build it, the Apple card was a drain on the firm’s resources.

When early testing of the software this spring revealed a security vulnerability, Goldman reassigned thousands of engineers from around the firm to patch it, people familiar with the matter said.

But perhaps one reason Goldman’s consumer business hasn’t taken off is because retail investors are aware of how the bank treats its asset-management clients?

Goldman has been aggressively pitching me to manage my money for the last five years. They invited me to the premiere of Solo: A Star Wars Story, which is definitely worth 1% a year on my assets. So, as my new wealth managers, would Goldman have piled me into We stock if, on the IPO, they were able to get in at the low-low valuation of $47 billion? Is Goldman more focused on the short-term underwriting fees ($130 million) vs. serving as a fiduciary for their wealth management clients? Or are they just idiots? I’ve been trolling the worst after-hours lounges in Jersey City to track down CEO David Solomon / DJ D-Sol to find out. Mr. Solomon is an awful DJ, and a worse fiduciary.