Goldman’s Q3 Hedge Fund Monitor: Like A Herd Of Deer In Headlights 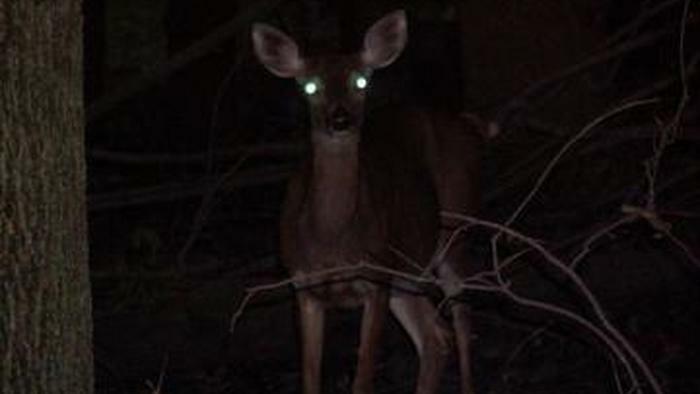 Goldman’s Ben Snider has published his latest quarterly Hedge Fund Trend Monitor report, which is one of Goldman’s most widely followed research reports (and mercifully, it doesn’t include any forecasts, so there is no way Goldman can be catastrophically wrong unlike its year-ahead forecasts). This year, Goldman analyzed the holdings of 786 hedge funds with $2.3 trillion of gross
equity positions at the start of 4Q 2022 ($1.5 trillion long and $730 billion short). It’s available in the usual place for pro subscribers.

What the report found is that as the Fed attempts to navigate the US economy toward a soft landing, hedge fund portfolios were in a “holding pattern” with quarterly position turnover dropping to a new low during 3Q as PMs had literally no idea what to do or how to trade so they just stood there like deer in headlights (see more below).

The total magnitude of changes to sector tilts was the smallest since 2019, and most tilts sit near their 10-year averages. Hedge fund exposure to Growth vs. Value returned to its 20-year average. Net leverage remained at low levels, with funds using ETFs and futures to manage their exposures to a macro-driven market characterized by elevated correlations. Single stock short interest remains close to the record lows reached in 2000 and last year.

In contrast with light market exposures, hedge fund long portfolios carried an unusually large tilt away from Momentum. Momentum has recently been very negatively correlated with the direction of the equity market, as reflected by the sharp Momentum reversal alongside the market rebound in early November. While the Hedge Fund VIP basket of the most popular long positions has declined by 29% YTD…

… funds appear convicted in their favorite stocks, while aggressively shorting the year’s best S&P performer: the energy sector in general and Exxon in particular. Eventually they will figure out what the right trade is.

The average hedge fund holds 71% of its long portfolio in its top 10 positions, the highest concentration on record outside of 4Q 2018. Tech and Comm Services account for nearly half of the VIP list and 8 of the top 10 stocks. While funds paused their shift away from China ADRs during 3Q, BABA is still the only representative in the VIP list

although in contrast with light market exposures, hedge fund long portfolios carry an unusually large tilt away from Momentum.

Below, we summarize some of the key findings:

MSFT supplanted AMZN as the most popular hedge fund long position, while UBER and NFLX entered the top five. META fell out of the top five for the first time since 2014.

The VIP list contains the 50 stocks that appear most often among the top 10 holdings of fundamental hedge funds. While the basket has outperformed the S&P 500 in 58% of quarters since 2001 with an average quarterly excess return of 34 bp, the past two years have been a complete disaster.

But what we found more remarkable is that in the VIP mirror list, the Very Important Short Positions (VISP) for hedge funds, the top name was none other Exxon – our favorite long since the summer of 2020 when it dropped to the $30s – which has doubled this year (and quadrupled since it was kicked out of the Dow Jones). And judging by how much short covering XOM still faces, not to mention how much more buying lies in stock as hedge funds rotate from being short to going long energy, Exxon may very well double again from here.

Going back to hedge fund flows in Q3, Goldman notes that a rotation from Consumer Discretionary to Consumer Staples was the largest shift among sectors (for the reason why, just as Target which saw an exodus of clients who ended up going to “cheaper” WalMart for their purchases).

Industrials remains the largest net overweight relative to the Russell 3000, though only one stock (TRU) ranked among Goldman’s Rising Stars list of the stocks with the largest increase in hedge fund popularity during 3Q (which of course is negative for reasons we have explained every single year since 2013). Four Industrials (GXO, RHI, JCI, IAA) appeared on the list of Falling Stars

And yet, short interest for the typical stock remains extremely low…

But not so at the index level: hedge funds are extremely short equity futures…

… which they are doing by shorting ETFs: there is more short activity in ETFs than usual

As a result the average stock correlation is very elevated…

Funds entered 4Q 2022 with long portfolios tilted away from Momentum…

The tilt away from Momentum has been a headwind to fund returns for most of this year, but was rewarded during the sharp Momentum reversal this month. As we noted after the CPI miss, Goldman’s long/short S&P 500 Momentum factor (GSMEFMOM) returned 20% in 2022 through November 3rd but this month experienced a sharp reversal ranking in the 1st percentile since 1980

The hedge fund tilt away from Momentum is particularly notable in light of the negative recent correlation between Momentum and the broad equity market. Momentum has also outperformed in other major periods of market stress in recent years, including 2009, 2012, 2016, and 2020. In light of this relationship, it is unlikely that Momentum will fully unwind its recent outperformance unless the market and economic outlooks improve substantially. While light hedge fund net leverage suggests funds are not optimistic about the near-term path of the market, their tilt away from Momentum appears to conflict with this view.

In a time of record uncertainty, hedge fund are doing the only thing they know: doubling down on their existing positions and praying for the best: as shown below, HF portfolio density has recently risen to near record highs.

A logical extension: portfolio turnover decreased to new record lows in 3Q as traders froze, terrified to buy or sell anything.

Funds remain tilted toward “real economy” sectors and away from tech…