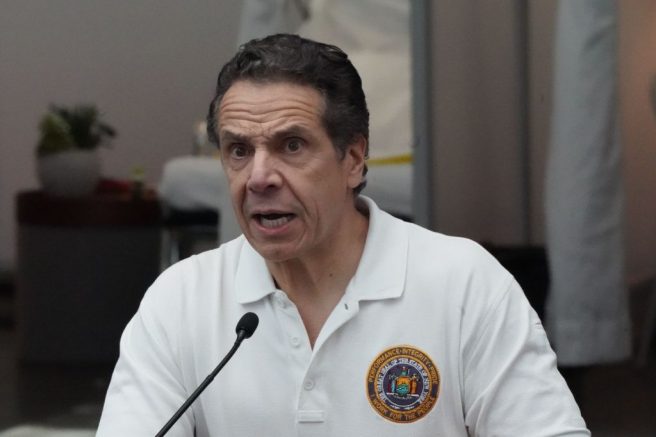 Both Democrats and Republicans in the Empire State signaled their discontent for New York Governor Andrew Cuomo (D). On Saturday, Republican Congressman Tom Reed (N.Y.) said he’s considering challenging Cuomo in the upcoming gubernatorial election. Reed claimed he got the green light from voters across the state who advocated for new leadership.

Much of the criticism against Cuomo stemmed from his toxic attitude towards staffers, reporters and state lawmakers. Additionally, Cuomo’s handling of the coronavirus pandemic garnered immense scrutiny, especially due to his lack of sympathy for victims of the virus.

“But who cares?” Cuomo questioned during one of his news conferences. “33, 28 died in a hospital, died in a nursing home. They died. I understand, maybe, the instinct to blame or to find relief for the pain you are feeling, but it is a tragedy and it’s a tragedy that continues today.”

“Bottom line is it’s not a political witch hunt,” Reed said. “This is about getting justice for 15,000 people who died because he ordered COVID-19 patients into our nursing homes where non-COVID patients were living.”

“It’s a really disturbing report,” de Blasio noted. “It’s very troubling. We’ve got to know more. We now need a full accounting of what happened. Think about seniors whose lives were in the balance and their families just desperate to get them the help they needed.”

In the meantime, many New Yorkers said Cuomo should plan for early retirement as a recent poll showed 40 percent of residents would support recall efforts. Reed warned New York does not have much time left to pull itself out of the perils of the pandemic or to get its economy back up and running.