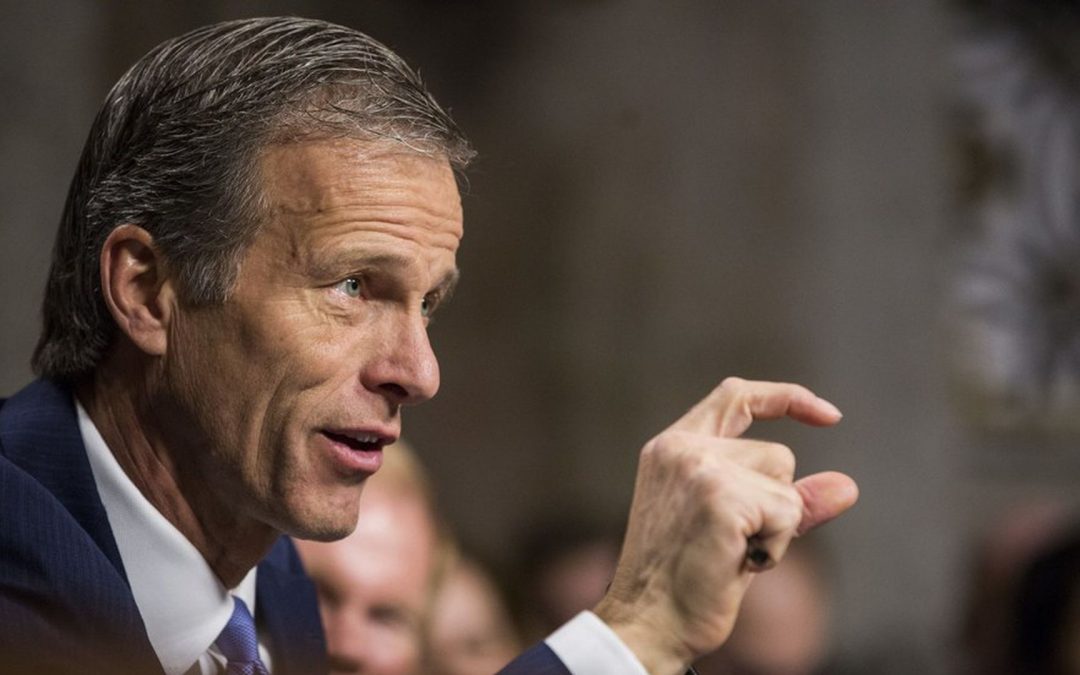 Republican senators from America’s heartland are blaming Joe Biden and his fellow Democrats for rising food inflation. According to experts, this Thanksgiving will be the most expensive ever and GOP lawmakers believe it’s all thanks to the failed policies of the current administration.

While appearing together, three Republican senators took aim at the tax and spending policies of Biden’s White House. Sen. John Boozman (R-Ark.) slammed Democrats for harming the American economy by refusing to address key issues and work across the isle.

“I would argue many of the policies that are being done, the massive increase in spending, are actually adding to the problem,” said the Arkansas Republican. “It’s not the delivery truck driver’s fault and it’s not the store’s fault. The blame falls squarely on the White House and the Democratic leadership in this chamber and House for not addressing challenges we face today.”

Echoing those sentiments, Sen. John Thune (R-S.D.) warned Americans will pay more to eat on Thanksgiving than ever before and the Democrats are to blame.

“This is going to be the most expensive Thanksgiving for American families in history,” he stated. “The turkey itself is going to be 18 percent higher than it was last year. Other costs — eggs, poultry, fish, meat — year over year have increased 11.9 percent.”

Thune said his constituents in South Dakota, like most Americas, are going to see their heating bill and other utilities sky rocket this winter. On tope of that, gas prices are at a seven-year high.

“If you’re heating your home or cooking your food, utilities in South Dakota tell us heating costs are going to be 50 to 100 percent higher than last year,” Thune continued. “I’ve been warning about this since last February when the Democrats were talking about passing their first massive tax and spend bill, and since that time we’ve seen the highest inflation rate in 31-years.”

Also joining in, Sen. John Cornyn (R-Texas) said the American people are not only dealing with high inflation, they are also seeing their wages stagnate resulting in a silent tax.

“The fact of the matter is, no one’s wages are growing at that rate,” explained the Texas lawmaker. “And so what’s happening, effectively in purchasing power for people on limited income or fixed income, it’s a silent tax on those consumers.”

Whether it’s the most expensive Thanksgiving in history, inflation and skyrocketing gas prices, or our overwhelmed southern border, one thing is for certain:

Meanwhile, a new survey found just around a third of Americans approve of Biden’s job performance. In the Quinnipiac University poll of adults released Thursday, 36 percent of respondents had a favorable view of how Biden is handling the job while 53 percent disapproved.

Additionally, respondents did not approve of the Democrat’s handling of the coronavirus pandemic, the economy and foreign policy among other issues. The survey also notably found a majority of respondents believe Biden does not have good leadership skills and is dishonest.